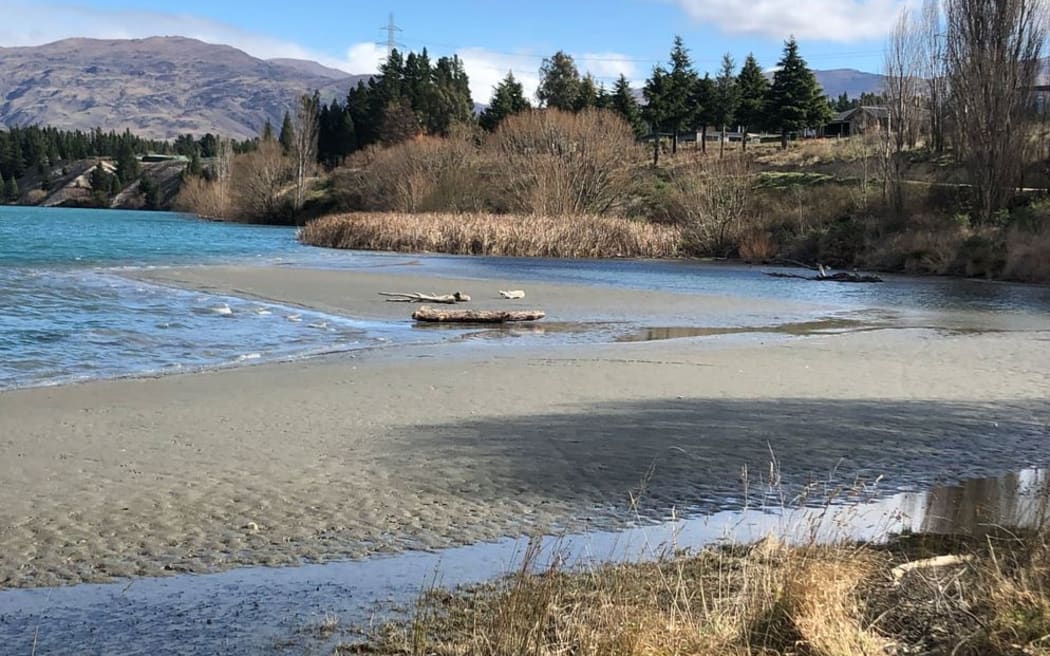 At present, a once-in-a-five-year chance to change the consent is open.

Save Our Lake Dunstan and the Lake Dunstan Charitable Trust said Contact Energy was not meeting its current obligations to the community and they wanted stricter conditions imposed on the electricity giant.

Contact Energy rejected those claims and said it took its obligations seriously.

The company yesterday submitted an updated Landscape and Visual Amenity Management Plan to the Otago Regional Council, which detailed how it would manage its effects on the lake.

Lake Dunstan was born of the Think Big era - formed when the Clyde Dam turned the Clutha River - Mata Au - and the Kawarau River that feeds into it at Cromwell Junction into the reservoir it is now.

But silt that used to wash down from the Kawarau River and onwards down Mata Au has been trapped and accumulating for three decades.

As a result the Kawarau Arm of Lake Dunstan is now a shallow, and at times smelly and dangerous, mess.

Save Our Lake Dunstan spokesperson Brendon Urlich said it was a far cry from what Cromwell was promised in 1992.

"It was always about 'We're putting in a dam, you're losing a river but you're going to get a great lakefront, you're going to get recreational use from swimming to boating to fishing and everything else' and over a very short period of time that's been pretty much taken away and no one is taking responsibility to maintain that."

According to Urlich it is simple - Contact Energy operate the dam and hold the consent which created the lake, and it should be their responsibility to maintain it.

The consent required Contact to manage the landscape and visual amenity of the Kawarau Arm.

But that condition should be strengthened, Urlich said.

"Number one - Contact have to do what they're meant to do now, which they're not doing. They're not maintaining access to the lake, they're not cleaning it up as they should do, they're spending the bare minimum in regards to what we look at and what we enjoy as the local community," he said. 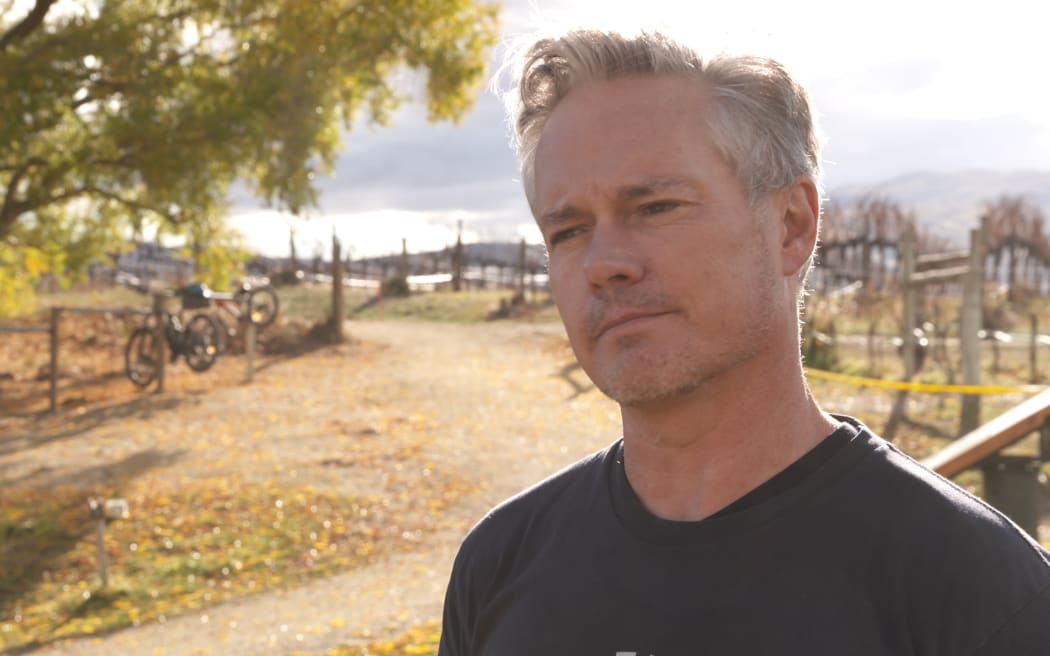 Brendon Urlich is unhappy with the way Contact Energy is maintaining the lake. Photo: RNZ

The resource consent allowed the Otago Regional Council a three-month window every five years to notify Contact of its intent to review the conditions, and specifically mentioned sediment build-up in the Kawarau Arm.

That window is now open.

Urlich and Lake Dunstan Charitable Trust chair Duncan Faulkner want the council to exercise that right and not miss the opportunity for another five years.

Contact was not fulfilling its obligations as a corporate citizen in the community, he said.

"We've made that really clear and we're inviting them to step up to the community's expectations. Put the people and the land before the profit," Faulkner said.

The company could clearly do more to maintain the lake, Faulkner said.

He has written to the Otago Regional Council to request the consent be reviewed.

"All the trustees are of the same opinion that the present conditions are not being met and that the current conditions that are in place are not appropriate," he said.

Cromwell Community Board chair Anna Harrison said she had been told the intention was always for the Kawarau Arm to become a braided river.

She was not living in Cromwell when the lake was formed, but she recognised that many who were did not share the opinion a braided river was always its ultimate fate.

Whatever happened, it must remain useable to the community, she said.

The community board did not have any decision making power over the lake, but its role was to ensure the community's expectations were heard.

"There needs to be further lobbying about - OK, it might be a braided river but how do we ensure that it's not a muddy mess. A stinky mess that attracts weeds and logs that make it unattractive and unusable to our community," Harrison said. 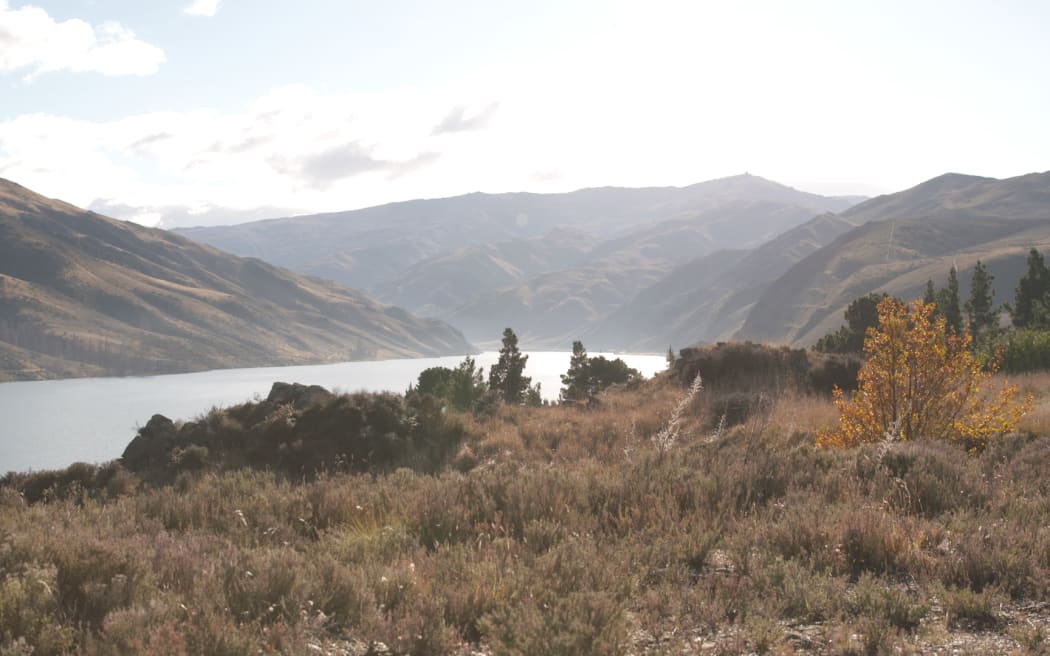 "No decision has been made. Staff are still considering whether to commence a formal review of the consent conditions," he said.

Contact Energy head of hydro generation Boyd Brinsdon said that decision was for the council, but if pursued Contact would work with ORC to explore what it would look like.

"We take our obligations to the community very seriously, in the form of both mitigating adverse effects of our generation activities and general good corporate behaviour."

Brinsdon pointed to Contact's removal of driftwood, lake bed monitoring, access for water takes, safety signage, archaeological monitoring, management of the lake bed levels at Bannockburn and Lowburn, and their financial contribution to removing lagarosiphon weed as examples of that.

The company also sponsored community events and facilities, he said.

"We take our consent obligations incredibly seriously. Contact's obligations are around mitigating the adverse effects of our generation activities on Lake Dunstan and the wider Clutha catchment," Brinsdon said.

"The reality is the lake bed has changed and will continue to change and the consent condition requiring the [Landscape and Visual Amenity Management Plan] plan reflects that eventuality. This shifting of lake beds, sediment and water flows was anticipated and formed part of the expectations set when the dam was built and was well-canvassed during the consent renewal process between 2001 and 2007.