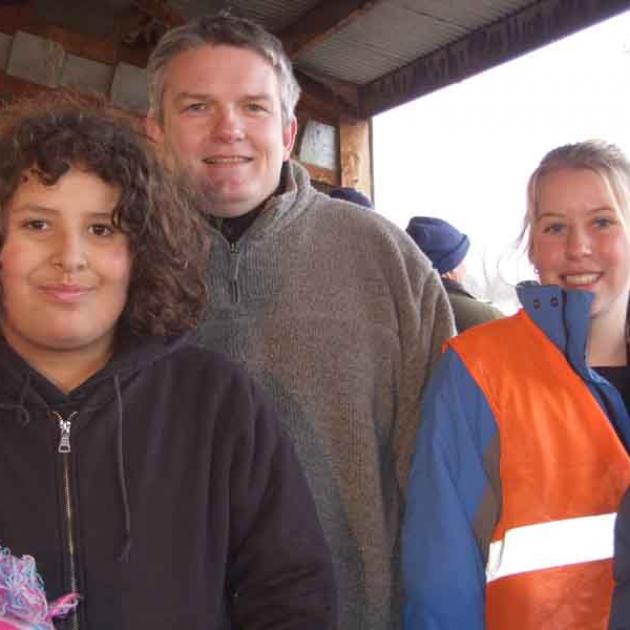 The news came on the same day as Environment Court Judge Jon Jackson adjourned a hearing, in Cromwell, into Meridian Energy's controversial Project Hayes wind farm until next January, and demanded an end to out-of-court media comment from all parties.

Contact Energy's Wellington-based communications manager Jonathan Hill said the power company was "taking a close look again" at old proposals which had been on the back burner, such as those involving sites at Beaumont, Luggate and Queensberry.

He was asked to comment yesterday on predictions made in a newspaper column this week by Central Otago Mayor Dr Malcolm Macpherson, who said the region would be "deep into planning" new hydro-electric dams within two years.

Earlier this week, Neil Gillespie, a former long-serving employee of Contact Energy, was named as the Clyde-based project manager of its generation development team, starting on Monday.

When approached to comment on the significance of that appointment yesterday, Mr Gillespie referred the Otago Daily Times to Contact's head office but Dr Macpherson described the move as the "icing on the cake" for the company.

Asked what he based his predictions on, Dr Macpherson said it was as simple as joining the dots, with both retiring Meridian chief Keith Turner and Contact's chief executive, David Baldwin, having signalled earlier this year that new, large-scale hydro-electric development had an important role to play in New Zealand's future.

"You just have to look at the Beaumont bridge and the fact that nothing has been done to it. That's probably because there will be no future need for a bridge in that location."

The fact the Project Hayes wind farm was taking so long to get under way was another reason to "pull hydro out of the bottom drawer".

Mr Hill said Contact did not have any firm plans in place and was simply looking at all of its options.

"However, we have a clear preference that any new hydro developments should be on rivers that already have hydro schemes on them, to avoid altering virgin rivers."

Beaumont, Luggate and Queensberry on the Clutha River had all been proposed as possible sites.

Mr Hill said they were the only river schemes that Contact was actively looking at as the plans had already been drawn up by the previous owner, ECNZ.

"I think its a very important point to make that if we do identify a project that we would like to advance, the first steps will be to discuss it with local communities.

"The role of new, large-scale hydro projects will be particularly important in an environment in which there is growing concern around climate change and sustainability and in which traditional thermal fuels such as gas are becoming increasingly expensive," he added.

In contrast, Oamaru consulting engineer Ken Mitchell told a hearing in Christchurch earlier this week that, in his opinion, New Zealand did not need both Meridian's proposed Waitaki River north bank tunnel scheme and the Project Hayes wind farm.

He said Transpower's annual planning report had "clearly indicated" the Clutha River was the priority target for hydro development.