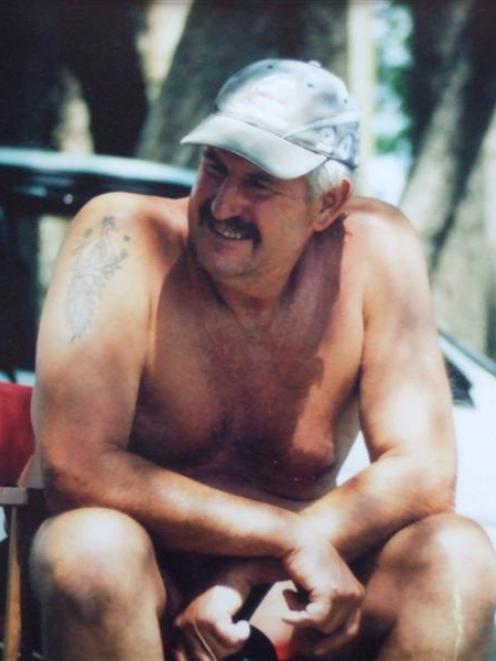 Roger Steel. Photo supplied.
Grieving widow Karyn Steel says she and her family feel like they have been "robbed" of her husband Roger.

The Department of Labour confirmed yesterday it was prosecuting Delta Utility Services Ltd over the death of the Alexandra lines maintenance worker six months ago.

Mr Steel (63) was working on a concrete power pole near Millers Flat on December 9, when it became dislodged and toppled over.

A department spokesman said charges would be laid against Delta under the Health and Safety in Employment Act.

The legal action was the result of a six-month investigation into the accident.

Details of the charges would only be made public after the first appearance of the company in court, the spokesman said.

No date was available yesterday for the first court appearance, but the matters were likely to be heard in the Alexandra District Court.

Delta chief executive Grady Cameron said the company had given its full support to the department's investigation and would ensure any recommendations were incorporated into its health and safety practices.

"The safety of our people is our number one concern," he said.

The company had also carried out its own independent review of processes "to further strengthen our work practices".

He declined to elaborate on what actions the company had taken as a result of that review.

"Because the matter is now before the courts, I am unable to provide the details you request until proceedings are completed."

Mrs Steel did not want to comment on the charges - "it's in the hands of the courts now" - but she talked about the loss of her husband and the impact on her and their family.

"We miss him terribly ... and we feel like, as a family, we've been robbed of him, really.

The couple had celebrated their 40th wedding anniversary last year and Mr Steel had been looking forward to retirement, she said.

"He was born here and he died here. He never wanted to go anywhere else.

"Roger was happy with his life, a very contented person and happy with his lot. He made me laugh every single day. I've told my nieces and nephews, 'If you find someone like that, hold on to them'."

He had spent more than 43 years as a maintenance worker on electricity lines and loved his job, especially in latter years when he was the day-time faults man, she said.

"It was the happiest he'd ever been. He was off somewhere different every day and he liked that, getting out and about."

On December 9 last year, he headed off to work in the morning, whistling as he went, Mrs Steel said.

"He whistled all the time. You knew when he was about because because you heard the whistling ... the neighbours have said to me that's one of the things they miss about him.

"It was a beautiful sunny day and I headed off to work in Queenstown.

"The police were here waiting for me when I got home."

Friends and family rallied around to support her.

"You couldn't live in a better community," she said.

"He was a very outgoing person and everyone seemed to know him. We received more than 500 cards and letters after he died so it was amazing to hear from all those people whose lives he touched."

Mrs Steel said she was trying to keep busy, working as a soft furnishings consultant, and planned more frequent trips to visit the couple's two daughters and two grandchildren, all of whom live in Brisbane.