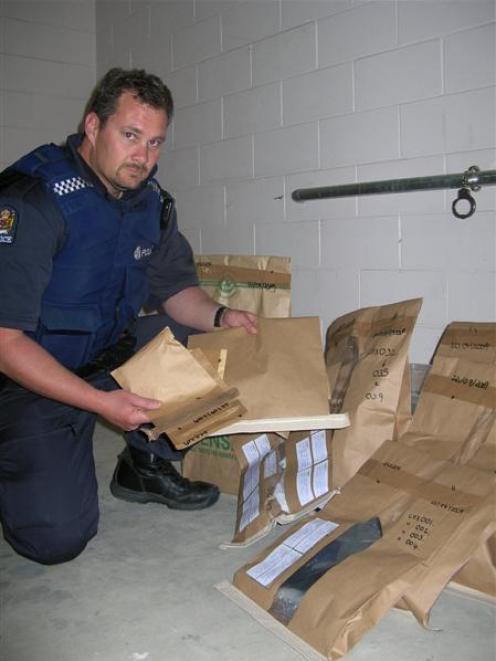 Constable Dave Greaves, of Alexandra, with some of the drugs and associated material seized from Alexandra and Wanaka residents during Operation Helix.
More than $5000 worth of drugs was recovered in Operation Helix, which has resulted in eight Wanaka and Alexandra residents' facing more than 70 criminal charges.

The nine-month police operation culminated in the eight arrests on Tuesday, and the recovery of 10 medium-sized cannabis plants, as well as almost 300g of dried cannabis material.

It was difficult to determine the street value of live cannabis plants. The plants recovered were each about 1m high.

A minimal amount of cannabis resin and oil was also recovered.

All those charged have been remanded on bail.

The remaining man, from Wanaka, had his case transferred to the Christchurch District Court.