Dunstan Hospital could buy own ambulance 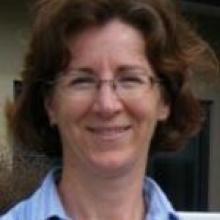 Carol Horgan
Dunstan Hospital is looking at buying a vehicle and setting up a roster of volunteer drivers to transport patients to Dunedin as a "last-resort" measure when an ambulance is unavailable.

This follows confirmation yesterday from Health Minister Tony Ryall that struggling ambulance services nationwide were set to benefit from a $10 million cash injection but the Government must first decide how best to spend the money.

St John operations director Tony Blaber said patient transfer services to district health boards were under review after rural GPs and nurses expressed concern at a weekend conference they were required to accompany non-emergency patients in ambulances from rural hospitals to base hospitals in some areas.

"We haven't had a situation yet where lives are at risk but our clinicians are worried about that," Dr Horgan said.

COHSL runs Dunstan Hospital and Dr Horgan said she was working with St John managers to resolve the problem.

St John staff did a good job but the ambulance service seemed to be under-funded, she said.

Sometimes a driver was available but no St John paramedic so a nurse from the hospital had to travel with the patient.

St John Central Otago district operations manager Peter Grayland said the organisation was providing the best service it could with the funds available.

It transported about 400 patients a year from Dunstan to Dunedin.

The district, which stretched from Lawrence to Ranfurly to Wanaka and Glenorchy, has nine ambulance stations, 25 vehicles and 150 staff.

Eighteen of those staff were in paid roles while the rest were volunteers.

A paid staff member was on call with a volunteer every evening in Alexandra.

If they were already taking patients to Dunedin, or out on a call, it was important to keep another ambulance in Alexandra to attend emergencies, he said.

Land transport rules, which took effect last year, meant drivers had to have a break after 14 hours of work.

While that was a sensible move in reducing driver fatigue, it also had a huge impact on the availability of drivers, especially when the return trip to Dunedin could take up to seven hours.

Last year, from the start of July until the end of October, an ambulance was unavailable to transfer patients to Dunedin 24 times.

Although anyone with life-threatening injuries was airlifted to Dunedin, Dr Horgan said other transfers by road, involving patients with acute conditions, were usually delayed if an ambulance was not available.

This meant instead of being transported to Dunedin during the evening, patients would go in the morning.

In the meantime they were cared for at Dunstan although they required the specialist services that were available in Dunedin.

The longest a patient had had to wait for a transfer was 15 hours, she said.

COHSL was considering buying a vehicle to transport patients when an ambulance was unavailable and had asked volunteer drivers to register if they were prepared to be on-call, usually at night.

A pool of 40 volunteers would mean each driver was only on-call once a month.

They would be accompanied by a nurse for any trips to Dunedin.