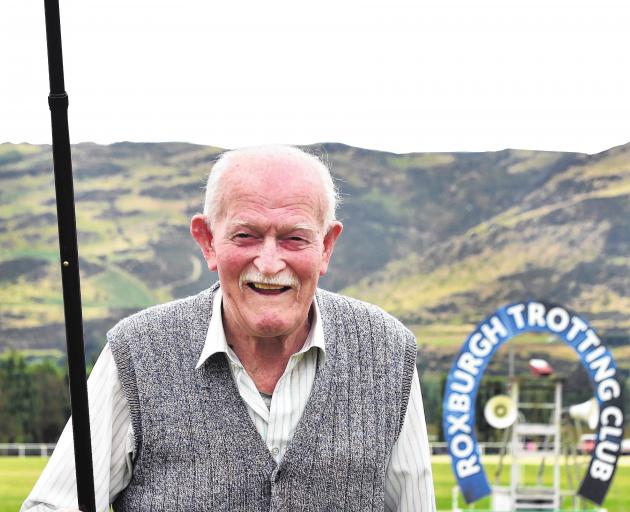 The omission happened in 1968, when he was pulled over by a traffic officer.

Fifty-four years on, Mr Forde describes the incident as a "miscalculation in driving" which was followed by a disagreement with the officer.

He said it was a one-off and otherwise his record was blemish-free.

The former timekeeper has not missed a race meet since.

The Southlander reckons racing is part of his DNA.

"I was born in Wairio, about a mile from the racecourse. I have been around racing and horses my whole life."

He moved to Winton about 15 years ago but the annual festive racing circuit remained a constant, he said.

"Fortunes are made and lost. There is just something about it that hooks you in."

The need to check vaccination passports for approximately 2000 punters meant additional help was required at the Roxburgh Racecourse on Roxburgh East Rd.

That came in the form of the Roxburgh Volunteer Fire Brigade, which maintained the entry and traffic control.

Roxburgh Trotting Club committee president David Parker said the annual race meeting was a tradition but not a money-spinner and this year’s event had been complicated by the Covid-19 traffic light system.

"There were concerns. Our focus is always very heavily on families and entertaining the crowds and right up to early December we were not sure if we could even do it.

"The first week in December, it became clear we could."

Few changes had been made but the "fashion in the field" part of the race meet had been axed as a compromise, Mr Parker said.

Otherwise, horse numbers and spectator numbers were on a par with previous years.

But the event was more for the community. Often three or more generations of the same family attended, he said.

It did come at a cost. Last year’s meet ran at a $30,000 loss and he expected yesterday’s meet to have a similar result.

The club had been hit hard in the past year by weather, he said.

"We had a lot of wind damage last year and that included having to replace the sand [on the track]."

To help put the club back in the black, revenue-gathering exercises had been implemented, such as allowing motorhomes to stay at the course and planting crops such as lucerne.

He credited the dedication of the committee for helping keep the club ticking over.

"I can’t speak highly enough of them."