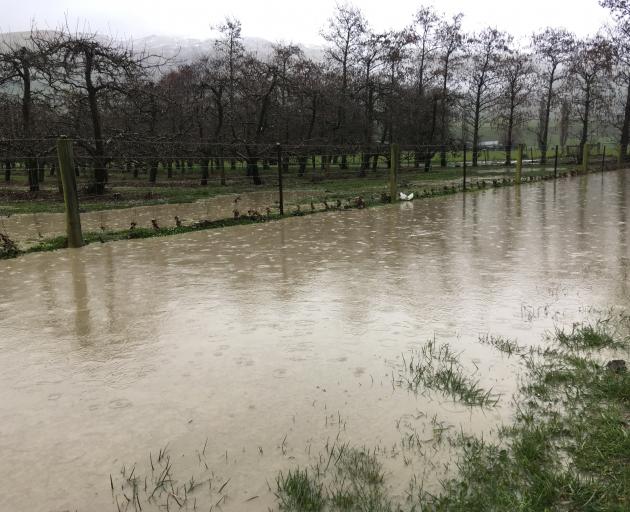 Heavy rain overnight has caused surface flooding on SH8 between Ettrick and Roxburgh.

A police spokesman said they were notified of flooding across Scotland St, 3km south of Roxburgh.

The water was about 3 inches deep, he said.

There was also reports of surface flooding at the intersection between SH8 and Langlea Rd.

A local who drove on SH8 between Ettrick and Roxburgh this morning said there was surface flooding and debris across parts of the road.

She said it had rained heavily in the area.

Meanwhile, NZ Transport Agency has issued strong wind cautions for SH1 between Gore and Balclutha and SH90 from Raes Junction to McNab.

Extra care was required on both highways, especially for those driving high-sided vehicles and motorcycles.

The MetService currently has no rain warnings or watches in place for Central Otago.

A strong wind watch was in place overnight for Central Otago, Southern Lakes, as well as Clutha, Southland, Stewart Island, but is no longer in force.

A heavy rain watch was in place for Fiordland until 6am this morning.

A Fire and Emergency New Zealand spokeswoman said it had not been called to any flood-related jobs.

Overnight rain in Wanaka delivered 15cms of fresh snow to the Cardrona Alpine Resort ski field and it was still snowing as of 9.30am.

Treble Cone Ski field was closed for the day because it was in the middle of a storm which included high winds.

Coronet Peak was open, but said it was likely to be damp, at least for the morning.