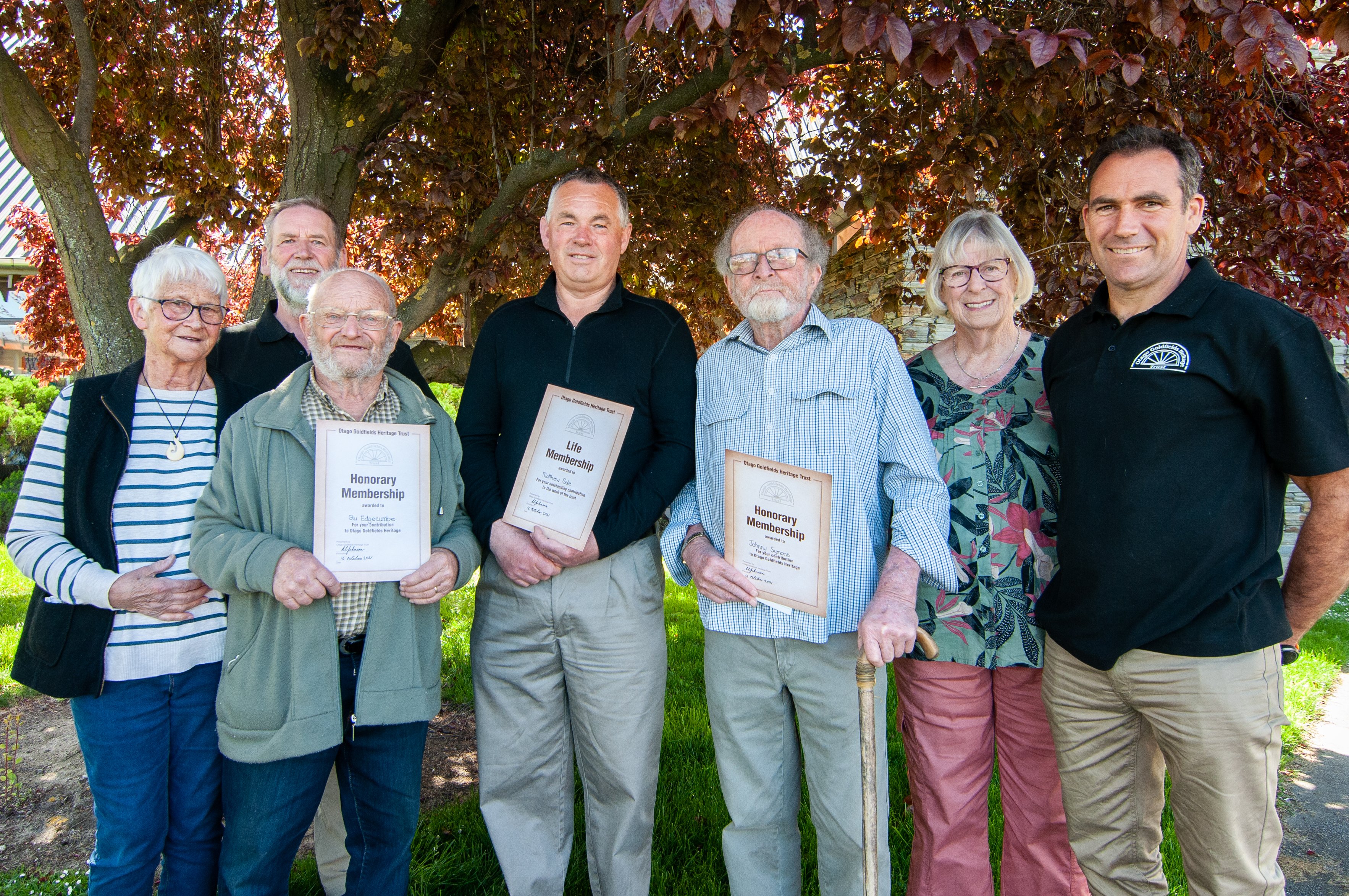 For the first time, the Otago Goldfields Heritage Trust awarded honorary memberships, acknowledging the work of non-members in the preservation of heritage, alongside its life memberships.

John Symons, of Alexandra, and Stuart Edgecumbe, of Roxburgh, were named as the trust’s first honorary members.

Mr Symons has a lifetime involvement with the area’s heritage as well as a strong family link to the goldfields - his grandfather worked on the dredges.

He was instrumental in the relocation of the Alpine Reef waterwheel, now outside Central Stories Museum and Art Gallery, from the Old Man Range more than 50 years ago - no easy feat considering its 6.8m diameter.

Mr Symons said he felt ‘‘greatly honoured’’ to be recognised for his work.

‘‘I think it’s the history side of it that we know [that I enjoy] - we only move forward if we look back to see where we come from,’’ he said.

For Mr Edgecumbe, the honorary membership was ‘‘quite humbling’’.

Both his great-grandfathers were gold-miners - one in the Thames gold rush and the other at Nokomai - and Mr Edgecumbe had dedicated much of his life to gold panning in the Roxburgh area.

It was important to preserve the stories and events about the gold rush, he said.

They were awarded to Matthew Sole, Gerald Goodger and Bob Craigie for their dedication to the trust and heritage preservation.

Mr Goodger and Mr Craigie received their memberships at the trust’s annual meeting on Saturday.

When it came to the life members, there had been debate as to whether Mr Sole was old enough to receive life membership, however, his years of dedication won out, trust secretary Terry Davis said.

Mr Sole had more than 25 years’ involvement with the trust, including as the Department of Conservation representative on the trust and serving as trail boss and second in charge on the Cavalcade walking trails for 10 years.

His archaeological experience had also been called upon ‘‘numerous times’’ forinformation display panels and the archaeological surveys carried out for the Lake Dunstan Cycling and Walking Trail.

He was pleased to be recognised, he said