That has served them well in past years as they have worked in various industries as well as renovating and reselling houses, and it seems to have done the trick again with their latest move.

The couple bought the Millers Flat Holiday Park, located in the Teviot Valley on the sides of the Clutha River/Mata-Au, and moved from Te Anau to take over just five days before Christmas.

"I spotted it on Trade Me and showed Wanda, and Wanda laughed," Mr Whipps said. 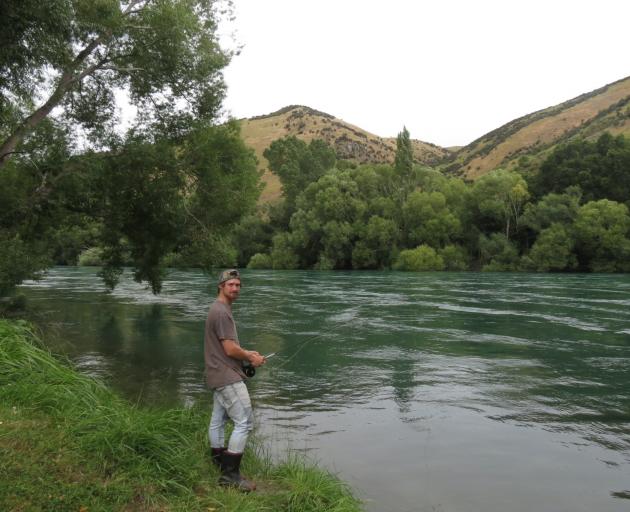 Dunedin resident Brayden Marsh fishes in the Clutha River at the lower boundary of the camping ground.
After being shown around the property, they walked out, looked at each other and agreed they were "probably going to do this".

Mrs Whipps had worked in multiple roles in a range of accommodation providers, from the Youth Hostel Association to a five-star holiday camp.

Her husband was new to the hospitality industry but not to camping, as they had their own caravan and, until this summer, camped at Glendhu Bay each year.

"We just love the whole camping experience", he said, and laughed that he had told friends about the move, "we’re going camping". 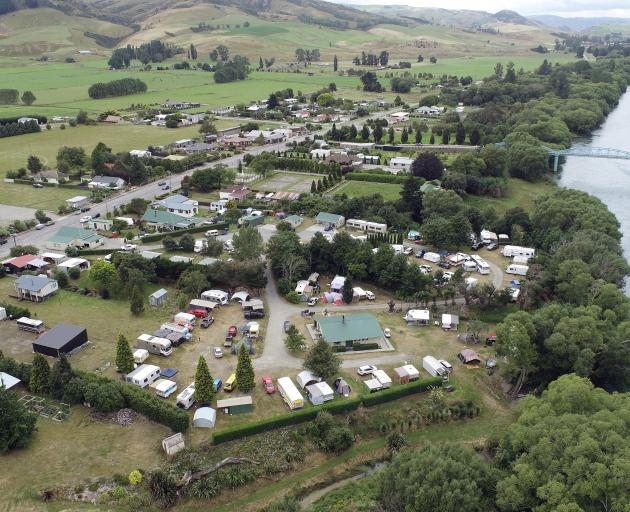 Nestled in the scenic Teviot Valley, Millers Flat Holiday Park is located on the banks of the Clutha River. PHOTO: STEPHEN JAQUIERY
One reason for their move from Te Anau, where they had renovated "a 333sqm beautiful home with amazing views of the national park" was that Mr Whipps had developed a serious allergy to pollen from beech trees.

They had been "super busy" since the takeover, getting set up and meeting many of the visitors who returned frequently each year, and becoming part of the local community.

One of those frequent visitors is Dunedin resident Lesley Eaton, who said her family moved their caravan to the holiday park permanently about 10 years ago.

They visited most weekends over summer, and viewed it as "coming home", she said. 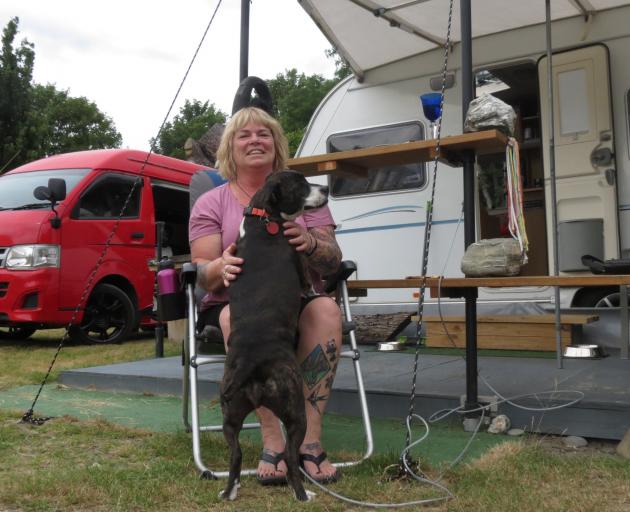 She was relaxing with a friend and their dogs outside her caravan on the afternoon of New Year’s Eve, and both said the regular campers formed a community of their own in spacious surrounds.

"We can bring our dog, we’re permanently set up and the facilities and staff are amazing," she said.

One of the campground’s attractions is a well-used fishing spot at the bottom of the campground, where Brayden Marsh, of Dunedin, had not had a bite all day on the last day of 2021 but did not seem concerned.

The 21-year-old was as brief with his words as many a southern man, but he said he enjoyed the hunting and fishing in the area.

It was only his second visit to the site, but he also was enjoying the day with two dogs, their fetching a ball from the river eagerly no doubt contributing to the lack of fish he caught.

The new owners had plans for the holiday park, including the addition of a playground, but did not want to alter its essence.

"It’s just got a great community spirit and a really good vibe with it," Mr Whipps said.