Preliminary results out for by-elections 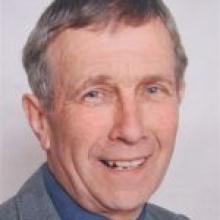 Jeff Hill
The fact he does not live in the ward he will be representing on the Central Otago District Council is not an issue for newly elected councillor Jeff Hill.

To be eligible to stand for election in Central Otago, a candidate must be over 18 years of age, be enrolled as a parliamentary elector anywhere in New Zealand, and be a New Zealand citizen.

Preliminary results released this week for two by-elections in Central Otago showed Mr Hill ahead of his nearest rival, Jane Mitchell, by more than 180 votes in the contest for the Earnscleugh-Manuherikia seat vacated by Tony Lepper when Mr Lepper won the mayoralty last year. Earnscleugh-Manuherikia has two representatives on the council. 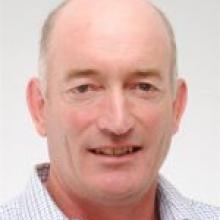 Raymond Gunn
Mr Hill (62), the second-highest polling candidate during that mayoral election, lives in Alexandra, although he has lived in Clyde and Earnscleugh before.

"We're a community. I know some of the issues and people to talk to but I expect to be told what the other issues are," he said.

As a mechanic, he dealt with people from all over the district, not just from Alexandra, he said.

"People know I am approachable, which in my view is a prime requirement for the job. We may not always agree but views are exchanged."

His profile was "probably" raised because of his mayoral campaign, he said.

Mr Hill has been involved in local body politics before.

In 2001 he was elected to the Alexandra Community Board, but he resigned before the end of his second term.

During last year's mayoral election, he campaigned against continual rates increases. He also called on the council to improve the service it offered ratepayers.

Coal Creek farmer Raymond Gunn (47) was elected to the vacant seat on the Roxburgh Community Board with a margin of more than 110 votes over his nearest rival, John Preedy.

It is the first time Mr Gunn has got involved in local body politics but he has served on a variety of organisations in Teviot Valley, including the Roxburgh Young Farmers Club, where he had a stint as secretary.

He was also West Otago district secretary of the club. He has been involved with the Millers Flat Rodeo Club, the Mt Benger A and P Show and the Roxburgh Gun Club.

Pleasantly surprised he won the seat, Mr Gunn hoped he could bring a business perspective to the board.

"I'm well aware of the rising costs these days, and the difficulties of getting things done in the poor economic climate," he said.

"We need to manage any cost increases, such as rates."

Another issue was the proposed Clutha Gold cycle trail.

"We need to look at how we can get it set up. There's a few hurdles in front of it right now."

Mr Gunn said he knew all of his fellow board members.