On a day synonymous with chocolate, flowers and romantic gestures, it's easy to forget one of the strongest forms of love is often that of a mother and child.

Only five-and-a-half months into his life, Hamish was the youngest liver transplant in New Zealand at the time. His mother Tracy become the country's first live mother to donate part of her liver. 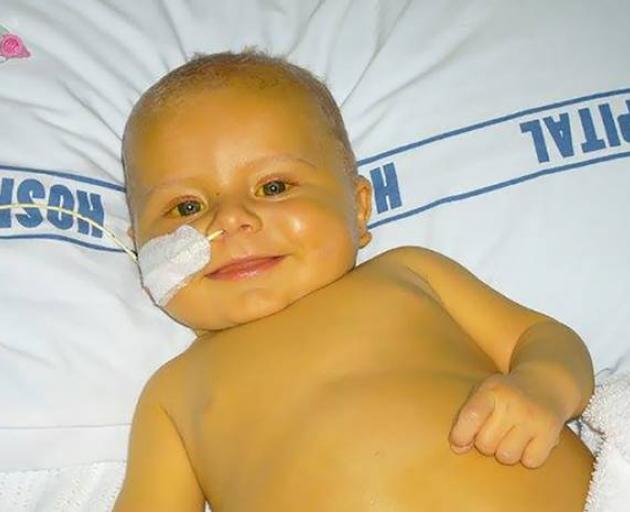 Five and a half month old Hamish Crossan in 2007 when he received a part liver donation from his mother. Photo: Supplied
Hamish looked like a perfect, healthy baby when he was born 13 years ago.

"We went right through until he was two-and-a-half months old before we had any inkling there was a problem," said Crossan.

At six weeks old, a Plunket nurse noticed he looked a bit jaundiced. But he was gaining weight and reaching all of his milestones, so a doctor wasn't concerned.

But at two-and-a-half-months old, he was still unnaturally yellow.

"That's when they took the first lot of blood tests from him and then alarm bells started ringing, very quickly," Crossan said.

The Crossans were sent to rural Clyde Hospital from their Ranfurly home for more blood tests and an ultrasound.

"I distinctly remember the lady doing the ultrasound saying that they couldn't find his gall bladder," Crossan said.

That night, she googled "baby no gall bladder". The results came up with biliary atresia, which Hamish was later diagnosed with.

A rare disease of the liver and bile ducts, inflammation develops within the bile ducts around the time of birth, causing bile duct damage.

Unable to flow out of the liver from the damaged ducts, trapped bile scars the liver, permanently damaging it.

Hamish was then taken to Dunedin Hospital for two days and rushed to Starship children's hospital, where they stayed for almost a year.

The condition is typically flagged in the fist six weeks of life, with babies failing to thrive. If biliary atresia is diagnosed quickly enough, doctors are able to perform a Kasai operation, delaying the need for a liver transplant, Crossan said.

"He already had too much damage to his liver, so he had to go straight onto the transplant list." 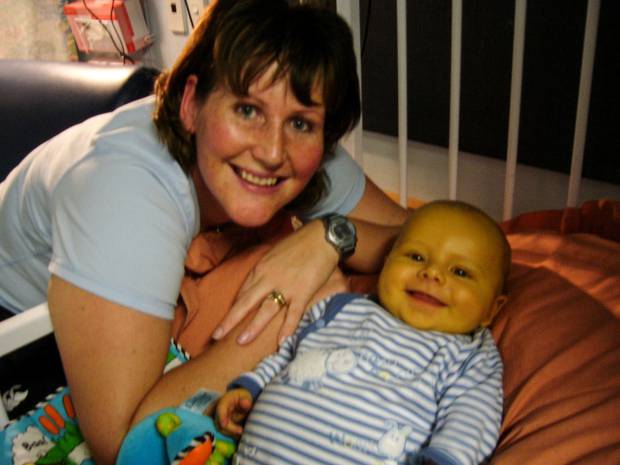 When he was young, Hamish Crossan was unnaturally yellow. But his mother Tracy Crossan gave him part of her liver. Photo: Supplied
But with such a large waiting list, the chances of Hamish getting a new liver in the time that he needed one were slim.

Wanting to help, Crossan underwent a series of tests to see if she could give part of her liver to Hamish. She was a match.

The night before the surgery, Crossan was determined to save her son.

"At that stage, Hamish was very sick. There was no way in my mind that it wasn't going to go ahead."

The pair went into surgery on the same day: 10 hours of surgery for baby Hamish, six hours for Crossan.

She awoke to hear that the surgery had been a success and a few days later, she was finally able to see her baby again.

"I hadn't been with him for a couple of days - instantly I could see a difference in his colour," she said. 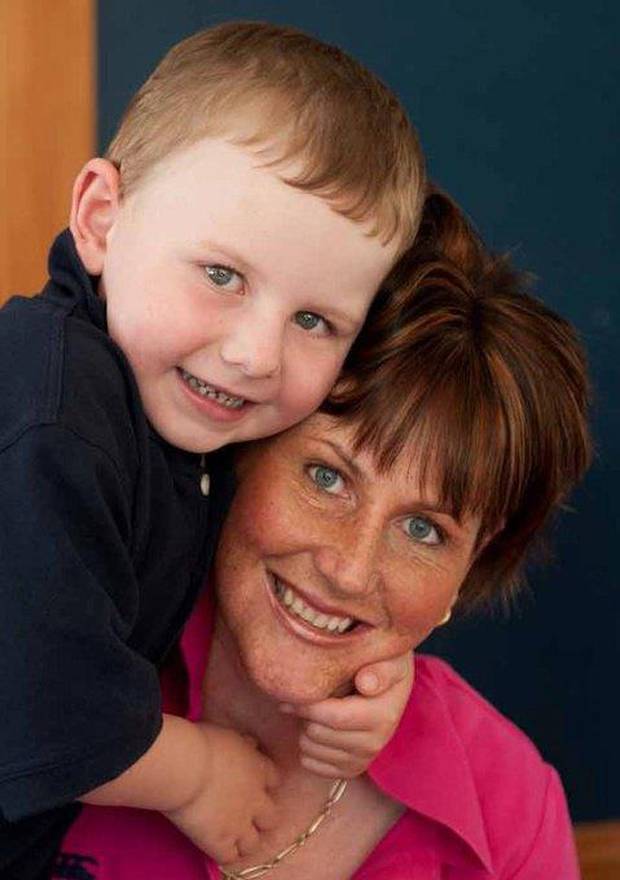 Hamish Crossan received a liver transplant from his mother Tracy Crossan. Photo: Supplied
"You could see that the yellow had substantially drained away. You could see straight away that it was working."

Of the 160 liver transplants that have taken place at Starship Hospital, 54 were from live donors, a Starship spokeswoman said.

Hamish was among the half of all children under two who have received a liver transplant from a live donor.

The next few years were "pretty rocky" for Hamish's health: he's had to take immunosuppressant medication twice a day, every day so that his body doesn't reject his liver.

"For the fist couple of years, he basically picked up every virus that was going."

But when he turned 5, he started school like any normal, healthy kid.

"He had two days off school in that first year and he's never had a day of school since."

Now 13, Hamish is thriving: beating his classmates in school athletics and swimming and starting his first year at high school in Alexandra. 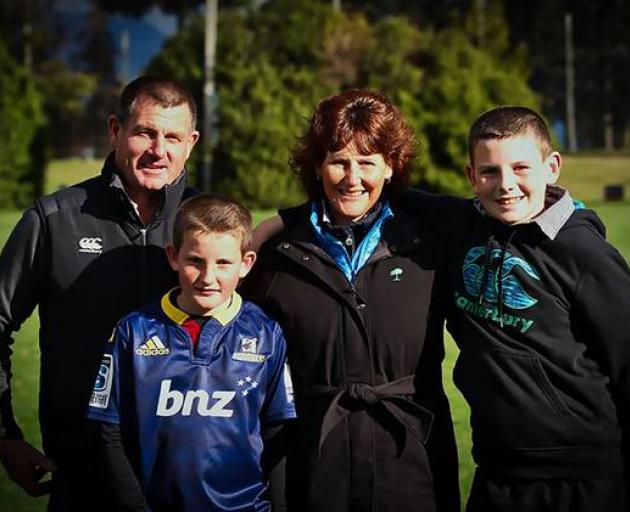 The Crossan family: Gavin, Ryan, 11, Tracy and Hamish, 13. Hamish is the youngest living liver transplant recipient in New Zealand. Photo: Supplied
"His health is fantastic. He's surpassed all his milestones, he's probably one of the tallest in his age group at school. It certainly hasn't held him back at all."

Crossan said she was still grateful to Starship for everything they had done for Hamish.

"We can honestly say that anything that needed to be done for Hamish was done.
They were just fantastic and the knowledge and the expertise that we've got in New Zealand is amazing."

A donation to the Starship Foundation will help kids like Hamish and ensure vital research can continue.

Happy Valentines Day - go give your mum a hug.