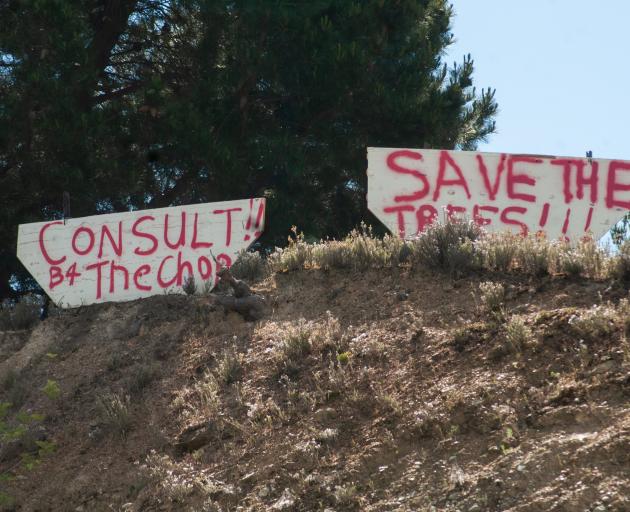 Residents were invited to a drop-in session at the Alexandra Community House to look at a draft concept plan for a 14ha council-owned reserve at Half Mile, on the southern entrance to the town.

Proposed logging of all pines on the reserve was paused in October following outrage from neighbouring residents that they had not been consulted nor given advance notice.

Those opposed to the logging of trees in the reserve cited the loss of bird habitat and the sound barrier the trees provided as two of the reasons they objected to the removal of the pines.

While Central Otago Mayor Tim Cadogan has accepted there could have been better advice given about the felling of the trees and future plans for the site, the council could not allow such a seed source to remain on land it had control over.

Phil Murray, an executive board member of the Central Otago Wilding Conifer Group, said the trees at Half Mile were in a particularly bad take-off zone to spread seeds in the region’s prevailing northwest winds.

He was sympathetic to the concerns of local residents but said the pines were a threat to the indigenous ecosystem.

A major concern for those who live near the reserve was the condition the area would be left in following logging of the trees.

Council planning and environment executive manager Louise van der Voort said the council would report to the Vincent Community Board with any amendments to its plan, "and see if they are willing to fund it".

Community board chairman Martin McPherson said the trees would not be coming down until a final plan was presented to the board and a final budget agreed to.

He did not expect that to happen before the board met for the second time next year, on March 22.