Roxburgh Day at the races not all about horses 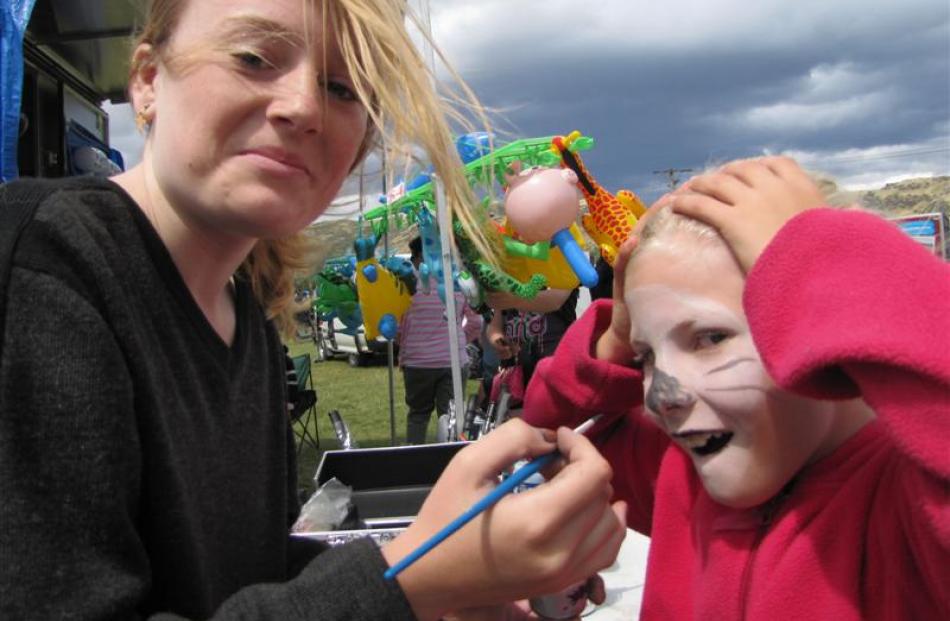 Amberrose Nicol (8), of Millers Flat, gets her face painted by Breana Horrell (14), of Te Anau, at the Roxburgh trots. Photos by Sarah Marquet. 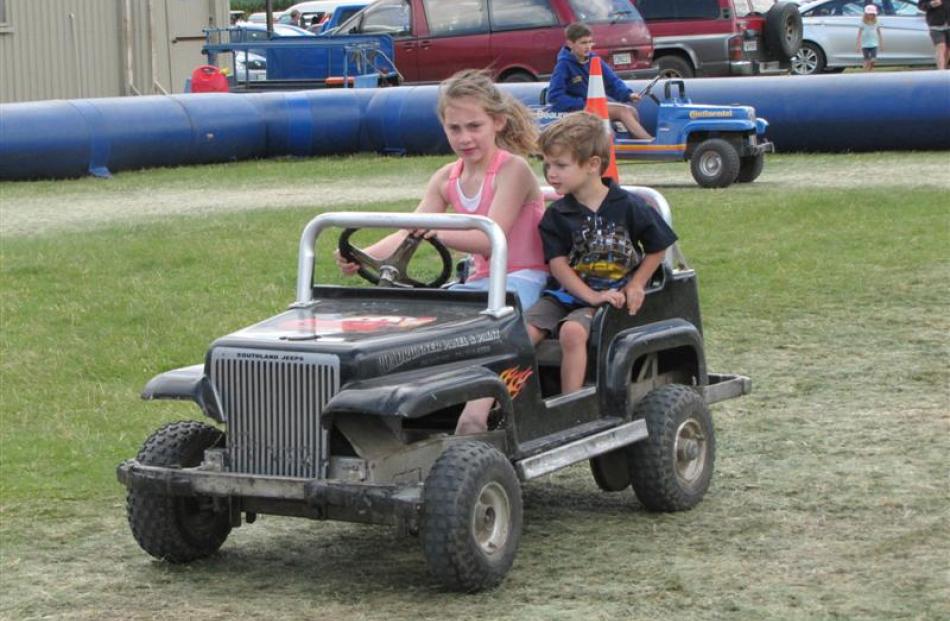 Grace Beattie (10), of Clinton, and John Gameson (3), of Christchurch, enjoy some of the children's entertainment.

There is more to the horse racing than horses, fashion, and winning or losing money.

At the Roxburgh trots yesterday, behind the grandstands and far away from the track, mini jeeps buzzed around a grass track, giant ''aqua bubbles'' splashed in a makeshift pool and children laughed and screamed.

Winton parents and racehorse co-owners James and Kirsten Watson said without the entertainment, it would have been hard to convince their children to go.

The races were a stop on the way home for Invercargill's Ineson family, who had been holidaying in Wanaka.

''The entertainment has been fantastic. I think she's only seen two horse races 'cause she's having so much fun,'' Sharee Ineson said, gesturing towards her daughter Sophie (5) as she played on a bouncy castle.

Between horse races, there was also on track entertainment that has become a tradition of the summer racing circuit - the Interislander race and a sack race, for example.

Food vendors are a popular off-track aspect of the races and local Lions clubs have been regular sights at race meetings.

Yesterday, the Roxburgh and Districts Lions Club was cooking hot chips, hot dogs and burgers for hungry racegoers in one of the club's major fundraisers of the year.

In what may have been a record crowd, about 3000 people attended the races.