A family of seven lost their home and possessions after the roof of their single-storey house caught fire at Shingle Creek last Wednesday. PHOTO: SHANNON THOMSON
Central Otago has rallied in the wake of two devastating house fires in less than a week.

A family of seven lost their home and possessions after the roof of their single-storey house caught fire at Shingle Creek on Wednesday last week. Tanner (16) surveys the damage to his family’s home after it was destroyed by fire last week. PHOTO: SUPPLIED

Tanner (16) surveys the damage to his family’s home after it was destroyed by fire last week. PHOTO: SUPPLIED
Fire crews from Alexandra, Roxburgh and Millers Flat attended the fire about 3pm which was well involved when they arrived.

The roof of the single-storey house collapsed about 4.30pm.

Mother Sarah Tauti said the family, which includes five children between the ages of 1 and 16 years, lost everything.

‘‘We have lost our home, our world, and everything we own.

‘‘My poor babies and bigger babies,’’ she said.

The family members were outside when they saw smoke, and while the house had multiple fire alarms, they did not go off until late in the piece, she said.

‘‘Luckily it was daytime and we saw it while outside or we would not be so lucky, or alive.’’

A report into the cause of the fire was expected to be completed by the end of this week, Fire and Emergency New Zealand fire investigator Marty Jillings said.

On Monday morning, The Bank Ophir bed and breakfast, a 150-year-old historic villa in Swindon St, was reduced to rubble after a fire started in the roof cavity.

Fire crews from Omakau, Alexandra, Blackstone, Clyde and a tanker from the Dunstan Rural Fire Force attended the blaze, efforts to bring it under control and salvage the building hampered by winds of up to 120kmh.

Still reeling from the experience, Mrs Emerson said she was ‘‘doing OK’’.

‘‘I think with these things you have to get your big-girl pants on.’’

She and husband Paul had been overwhelmed by the support they had received since the blaze. 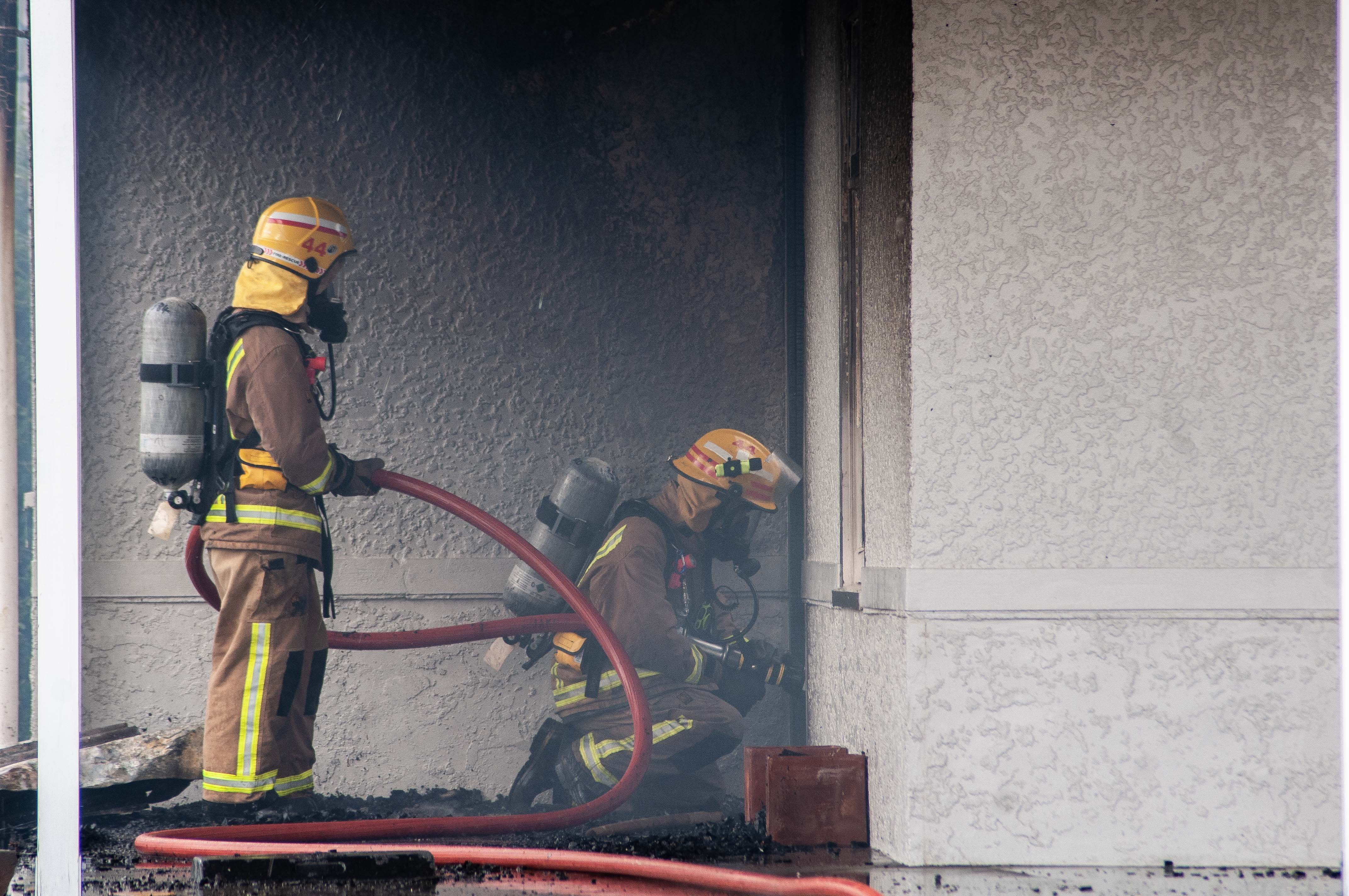 Firefighters on the scene at The Bank Ophir bed and breakfast. PHOTO: SHANNON THOMSON

Mr Emerson was away at the time of the fire so did have some clothing and basics with him, but Mrs Emerson was finding she only realised what was lost when she went to look for it.

She and her husband were both keen golfers and had received a lot of support from the golfing community.

Mrs Emerson was staying with her daughter, who lived on a farm nearby, and had been put in touch with Victim Support.

‘‘The support is unreal and we’re very grateful.’’

Her dealings now were with her insurers, she said.

In the aftermath of the Shingle Creek fire, support had come from all corners of the district with large-scale efforts co-ordinated online.

Community drop-offs in Alexandra, Cromwell and Ettrick for the family were organised for donations of children’s toys and clothing, and a Givealittle page was set up.

Mrs Tauti said community support for the family, left with just the clothes they were wearing, had been ‘‘good’’, although her husband, Shaun, had been reluctant to accept support.

‘‘Shaun’s refused most help though as he’s proud,’’ she said.

Fenz had more callouts in comparison with last year’s March-May Alert Levels 3 and 4.

For instance, in Central Otago, crews had attended six callouts to structural fires compared with just one during the March-April 2020 lockdown.

‘‘During the last lockdown we were on the edge of our seats because we were dealing with the unknown. It was quiet. We expected more and it didn’t happen.’’

He put it down to community cases of Covid-19 and people being more cautious.

This time it had been different.

‘‘Calls are definitely up. It’s my personal observation, but people are moving about more during this lockdown. There’s more people out on the road.

It’s definitely busier than the last.’’

Without having had a chance to do a detailed analysis of the callouts as yet, he said time of year and weather could be factors, with the ‘‘odd backyard fire’’, but otherwise he could not explain the number of callouts.

The fires at Shingle Creek and Ophir might not be due to any lockdown behaviour, he believed.

‘‘I think they could have happened any time, and they are under investigation.’’

- By Mary-Jo Tohill and Shannon Thomson