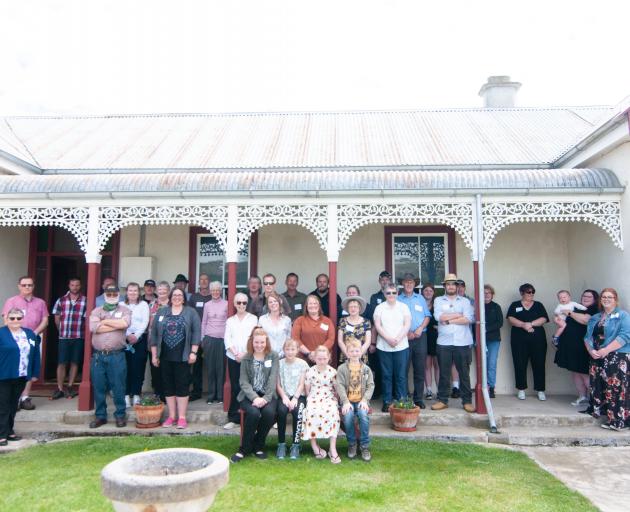 Descendants of Ernest and Hannah Hayes gather at Hayes Homestead at Oturehua yesterday to mark 100 years of the homestead. PHOTOS: SHANNON THOMSON
A century of a uniquely New Zealand story was marked yesterday.

The mudbrick homestead was built by Bernard and Stanley Hayes for their parents, Ernest and Hannah.

Mudbricks were made on-site in the years before World War 1, and concrete foundations were poured and construction began once the brothers returned from active duty in 1919-20.

The original homestead was built with technical innovations the Hayes family was known for — it featured the first flush toilet in the Maniototo, a homemade shower, air ventilation in the kitchen, bathroom and laundry and a wetback coal range.

A system to pipe music and radio broadcasts throughout the house was also installed.

The homestead was restored by Heritage New Zealand — formerly the Historic Places Trust — and officially opened in 2011.

Hayes Engineering is part of the Tohu Whenua — Landmarks that tell our stories programme. 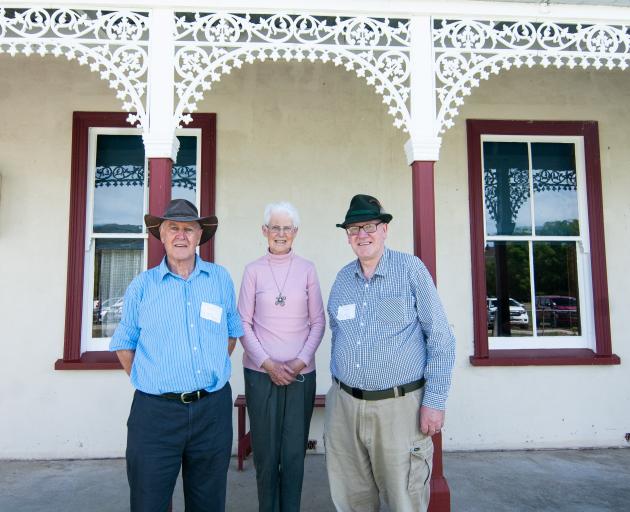 "It’s that sense of place you can read about a place but when you can visit it, and see and experience it you gain a whole other understanding," she said.

June Jones — granddaughter of Stanley Hayes — lived in the homestead when she was younger and had fond memories of growing up there.

She was one of more than 30 members of the Hayes family to attend the celebration yesterday.

"I think it’s a privilege to be here really," she said.

"It’s a great celebration that’s brought the families all together."