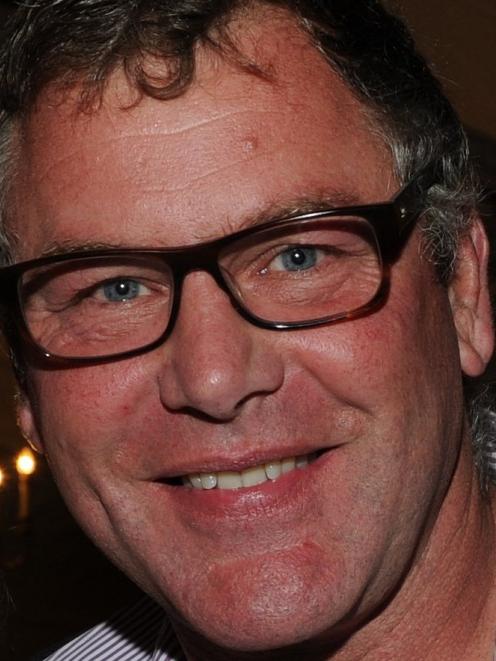 Farmers spoken to in other parts of Otago were less concerned about the dry and hot weather, and some parts of the region have benefited from the warm spell.

Mr Strowger said, unlike other areas, North Otago was coming off a very dry spring, which meant farmers were really feeling the bite.

After five ''tremendous'' years for farmers in the region, this year was the driest in seven years.

As a result, winter feed crops were not doing too well, and if it continued there would not be much stock finished on North Otago farms without irrigation later in the year.

''That means a substantial reduction in farmers' income in the sheep and beef industry.''

The region needed a decent amount of rain very soon to turn the situation around but Mr Strowger believed this was ''unlikely''.

Wanaka Agricultural Contracting Ltd owner Richard Woodhead said the upper Clutha's harvest of winter feed crops on non-irrigated land would ''fizzle out'' unless there was a decent fall of rain soon.

That meant less hay, silage and baleage being made beyond the reach of the region's irrigation systems.

''The harvesting season will be over before we know it.

''It's really going to fizzle out on us, probably worse than last year.''

Mr Woodhead said last year's dry summer was preceded by a wet Christmas, but that did not happen this year.

''The heat we are getting now is really burning up what [moisture] is left.

''Irrigation is struggling to maintain enough moisture when you get 30 to 35-degree heat [and] a wind to go with it.''

Mr Woodhead said in the driest part of the region, around Tarras, about 20 new pivot irrigation systems had been installed recently but some had only come on stream before Christmas and were not having a great impact yet.

''We could really do with an inch of rain, and two would be better.''

Upper Clutha farmer Denis Nyhon, who has five pivots on his 6000ha property, considered it to be a ''pretty normal'' summer dry spell and his hill country was still ''in pretty good shape''.

''Sure, we could do with the rain, all right, but we are certainly not desperate.''

Wedderburn farmer Stu Duncan said while the Maniototo and Middlemarch areas might be ''incredibly dry'', it was just shaping up to be a classic Central Otago summer.

Stock water in some areas was starting to dry up, becoming a ''bit of an issue'', and crop volumes were down by about two-thirds on last year.

''It's Central Otago and we know we get summer dry ... it's something you have to get on and deal with when it comes along.

''I think that it's about normal for this time of year with a dry patch.''

However, Mr Duncan pointed out the past few years had been ''pretty good''.

Irrigation water and flows had been cut back in some places and farmers were getting rid of surplus stock.

''At the moment, I think a lot [of stock] have been going down to Southland. As long as they keep moving and killing stock, that makes it easier and it mitigates a lot of the risk.''

If the dry weather broke before March, farmers in the region would still be able to ''get crops away'' and be ''well set'' for winter.

''If that happens, there's still chance of growing feed.''

Often the Maniototo received a lot of ''thundery'' rain in January, which would help, he said.

Federated Farmers Otago president Stephen Korteweg said the warm weather, after a cold and wet start to summer, had been a blessing for South and West Otago farmers by boosting winter feed, hay and silage.