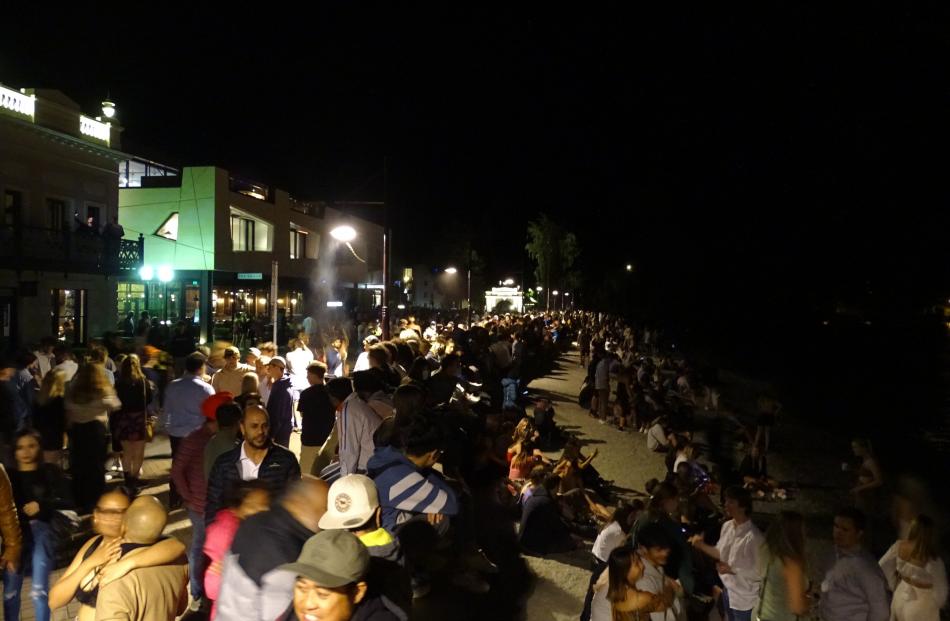 The Queenstown lakefront was filled with people preparing to celebrate the arrival of 2022. PHOTO: CASS MARRETT 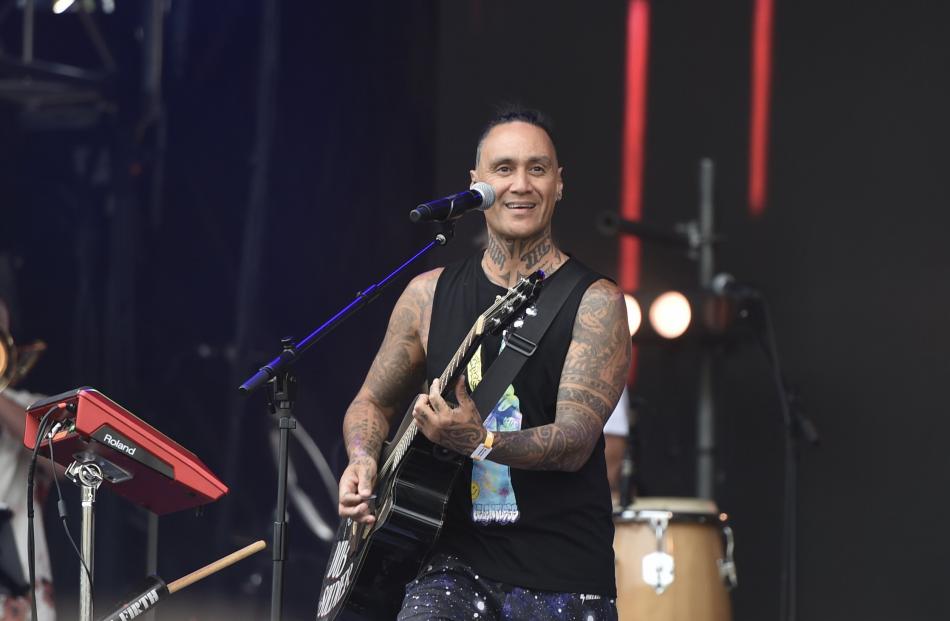 Tiki Taane and Salmonella Dub entertained the crowds at the Rhythm & Alps festival near Wanaka after being late Covid-19 replacements in the line-up. PHOTO: GREGOR RICHARDSON 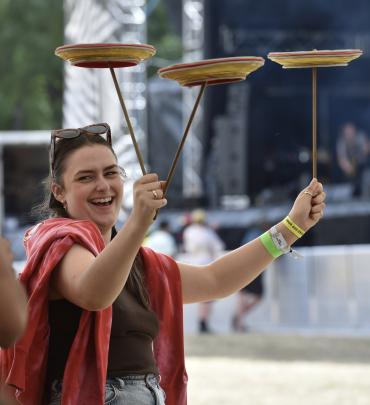 Trying her hand at a new skill is Maddie Harris, of Christchurch, at the Rhythm & Alps festival near Wanaka on Friday. PHOTO: GREGOR RICHARDSON 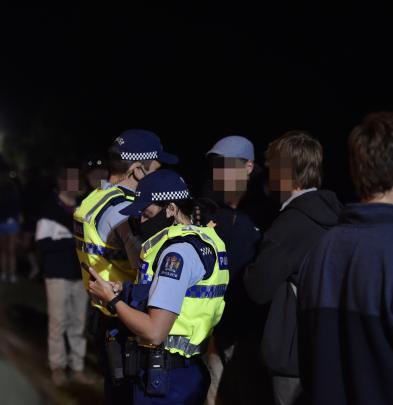 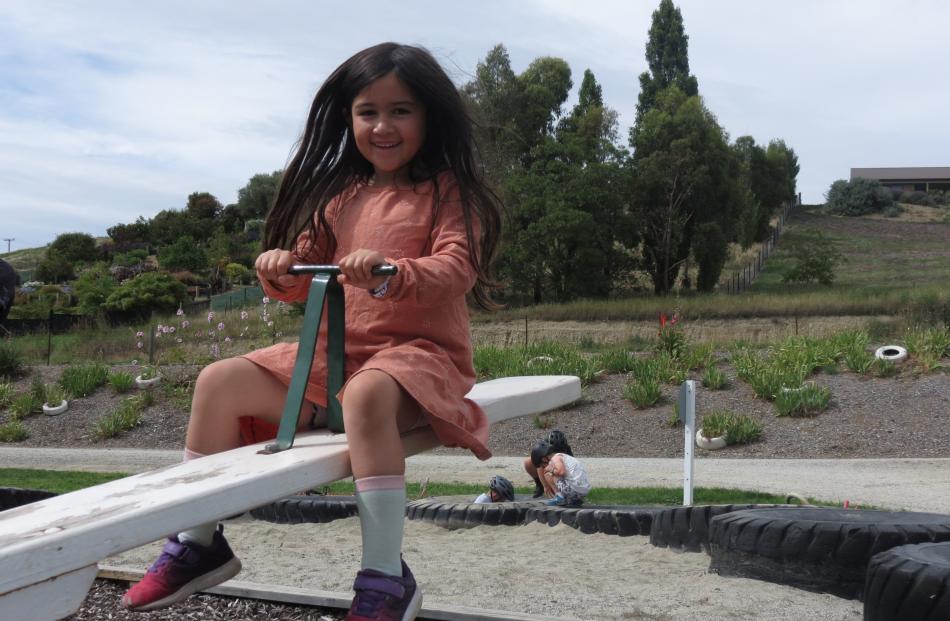 Ahead of her sixth birthday on January 1, Aisha Dam spent the last day of 2021 making new friends at the Bannockburn Domain Camping Ground. PHOTO: TRACIE BARRETT 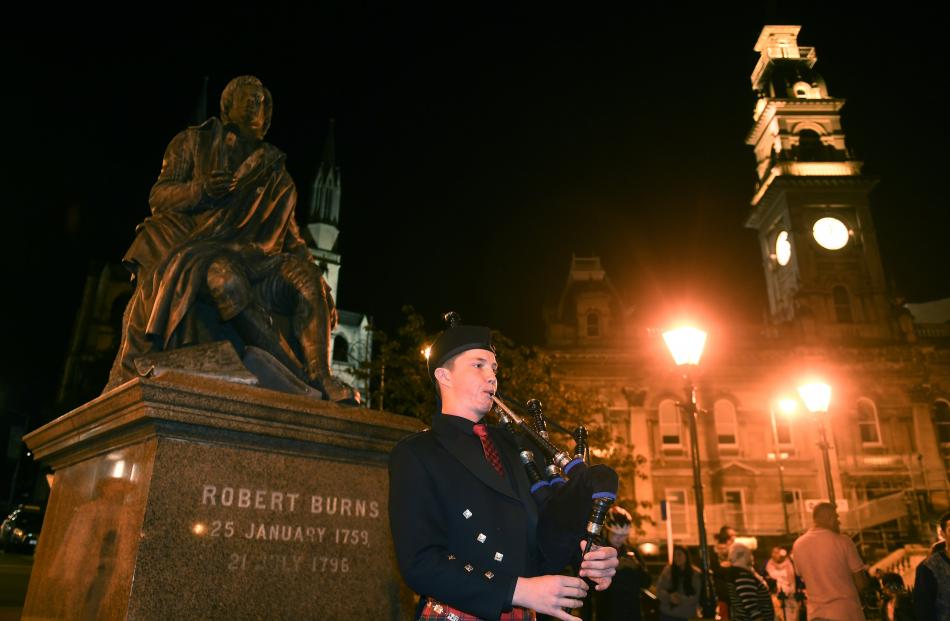 John McGlashan Pipe Band pipe major Oe Hayward piped in the new year for Dunedin with a rendition of Auld Lang Syne at midnight in the Octagon. PHOTO: STEPHEN JAQUIERY

A lack of official festivities did not dampen the spirits of Otago residents, who made their own fun on New Year’s Eve.

At the Queenstown lakefront thousands of people rang in the new year with deafening cheers.

People were packed so tight it was difficult to move, but minutes before midnight, young revellers found their friends to celebrate as the clock struck 12.

There were all manner of hugs, kisses and handshakes exchanged, as farewell was bid to what was a tough year for most.

Families also lined the lakefront and despite council cancelling the fireworks, one distant amateur pyrotechnician took matters into their own hands by letting off their own small display, much to the delight of those celebrating beside the lake.

Bars were packed and there were still people waiting in line when the clock struck midnight — afterwards patrons kept partying.

A police spokeswoman said there had been a handful of arrests for disorderly behaviour in the resort and confirmed one person had been charged following an alleged assault.

But overall, the night in Queenstown went "pretty well".

In Dunedin the official fireworks display was cancelled, so residents provided their own spectacle of noise and colour to celebrate.

By 11.45pm, it was standing-room only in the bars in the lower Octagon and the larger plaza held about 250 people ready for an unofficial public celebration.

As the clock hands crept towards midnight, pumping house music from the bars competed with a Hare Krishna group playing drums and bells in the centre of the Octagon.

This commotion was no match for a sole piper, who welcomed in the new year in front of the Robbie Burns statue.

A solitary illicit Roman candle was ignited in the vicinity of Moray Pl as the celebrations continued into the night.

At the Rhythm & Alps festival in the Cardrona Valley near Wanaka partygoers welcomed the new year with fireworks and live music.

It was Kiwi act Shapeshifter that had the honour of ringing in the new year on the main stage — the Alpine Arena.

The band led the countdown before a spectacular fireworks display and had taken to the stage following a blistering set from 11th-hour ring-ins Fat Freddy’s Drop.

Some at the festival greeted 2022 bleary-eyed, while others looked set to continue partying until the music finally stopped across all four stages of the festival at 6am on New Year’s Day.

However, the event was not without hiccups.

The festival lost five acts in rapid succession after they were identified as close contacts of the first act to pull out and New Zealand’s first community case of the Omicron strain of Covid-19 — UK DJ Dimension.

That forced a last-minute line-up change, Fat Freddy’s Drop being one of several Kiwi acts stepping up to the plate.

Nearing midnight in Wanaka, the lakefront and Dinosaur Playground were crowded with about 8000 mostly young people.

The evening had the feeling of a party without the party.

Police were out in force, issuing fines for breaches of the liquor ban.

A team of 20 security officers came down from Christchurch.

The Queenstown Lakes District Council had cancelled the usual New Year’s Eve entertainment and fireworks display to avoid a Covid-19 super-spreader event but a security guard, who declined to be named, said that news had not reached everyone.

Many people had been disappointed and had expected something would happen, the security guard said.

With the lack of entertainment, all most people could do was stand and look at each other.

At midnight, there was a casual countdown from five, then people hugged and squealed "Happy New Year".