There are no known active cases of Covid-19 in the South Island the Ministry of Health confirmed today.

Director General of Health Ashley Bloomfield announced this afternoon there were no new cases of the virus reported nationally for the sixth day in a row.

He also announced 12 more people have recovered from the virus, bringing the total number of active cases in New Zealand to eight.

Those eight cases are in the Auckland, Counties Manukau and Waitematā DHB areas.

This indicates that there are no active cases in any of the district health board areas throughout the South Island.

Dr Bloomfied confirmed the national virus death toll was now at 22 after the death of a 96-year-old Auckland woman was deemed as Covid-related.

Of these 22 fatal cases, 15 of them were in the South Island.

The South Island's first reported case of the virus was a woman in her 30s from the SDHB area on March 13.

During the outbreak, the South Island has been home to some of New Zealand's largest and most deadly clusters of Covid-19.

Of the nation's 16 significant clusters, five of them were in the South Island.

A wedding in Bluff was the source of the country's largest cluster of 98 cases.

The World Hereford Conference in Queenstown was linked to 39 cases.

There were also clusters at two separate aged residential care facilities in Christchurch, one linked to 56 cases and another linked to 19 cases.

The fifth cluster was linked to 14 cases in a community in Christchurch.

Although the MoH still has these clusters labelled as "open", there are no longer active cases linked to any of them nationwide.

The South Island's battle to bring the number of cases back to zero has not been without tragedy however.

The Rosewood Rest Home cluster in Christchurch, which was connected to the deaths of 12 people, is the most deadly cluster in the country.

Three other South Island residents also lost there lives to the virus.

A 73-year-old woman on the West Coast was the first reported fatal case of the virus in New Zealand.

And an Invercargill man in his 70s, with links to the Bluff wedding cluster, died from the virus in his Kingswell home. 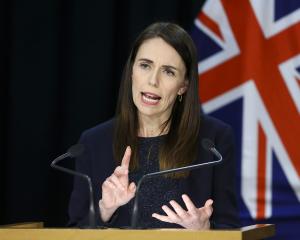