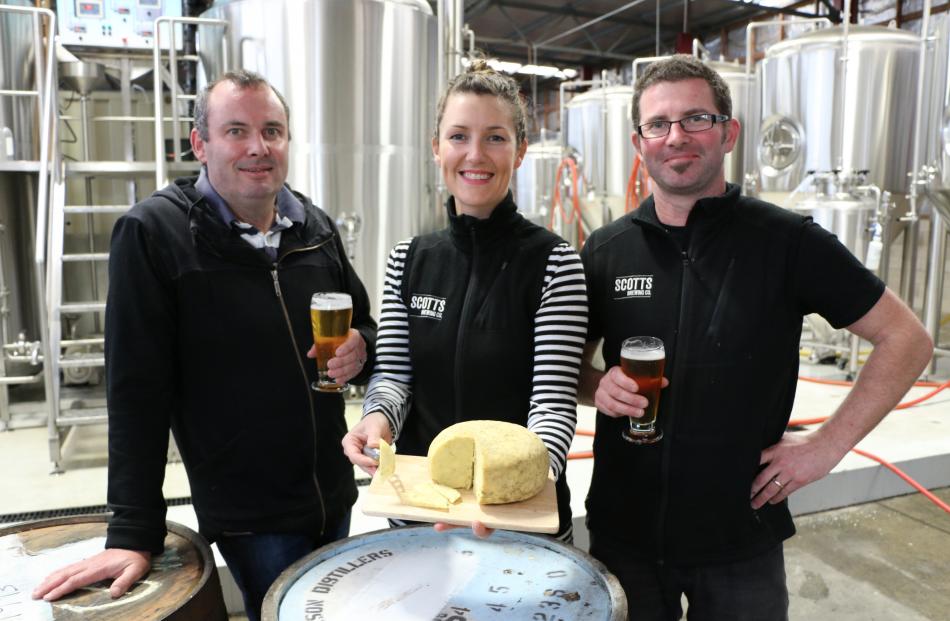 Joining forces to create a beer cheese was a ''natural collaboration'' for Oamaru companies Whitestone Cheese and Scotts Brewing Company.

Since January, the businesses have been trialling different recipes and techniques to develop a beer cheese.

The final product, an ''Indian Pale Airedale'', is due to be launched in spring, with manufacturing starting in the next few weeks.

Mr Berry said there was a ''great synergy'' between the two businesses and the decision to collaborate was mutual.

''We're both Oamaru-based and true to our heritage roots and traditional crafting techniques.''

''We see it as a cheese designed to be enjoyed with beer, something you can sit down and enjoy eating.''

Scotts Brewing Company owners Tyla and Phil Scott said they had been overwhelmed by local support after moving their business from Auckland to Oamaru. Collaborating with Whitestone Cheese had been ''a bit of fun'' and a great insight into the cheese-making process.

''We're so lucky to have the opportunity to jump on board with Whitestone, who already have such a good name,'' Mrs Scott said.

''There's lots of breweries doing beer collaborations, but not too many doing cheese and beer,'' Mr Scott said.

Mr Berry said the cheese would be listed nationally and widely available after a spring launch.

''We'll get this one off the ground and then we might experiment with some others down the line,'' he said.

''We could definitely do some short-term release ones, some seasonal ones, maybe some brie - the possibilities are endless.''