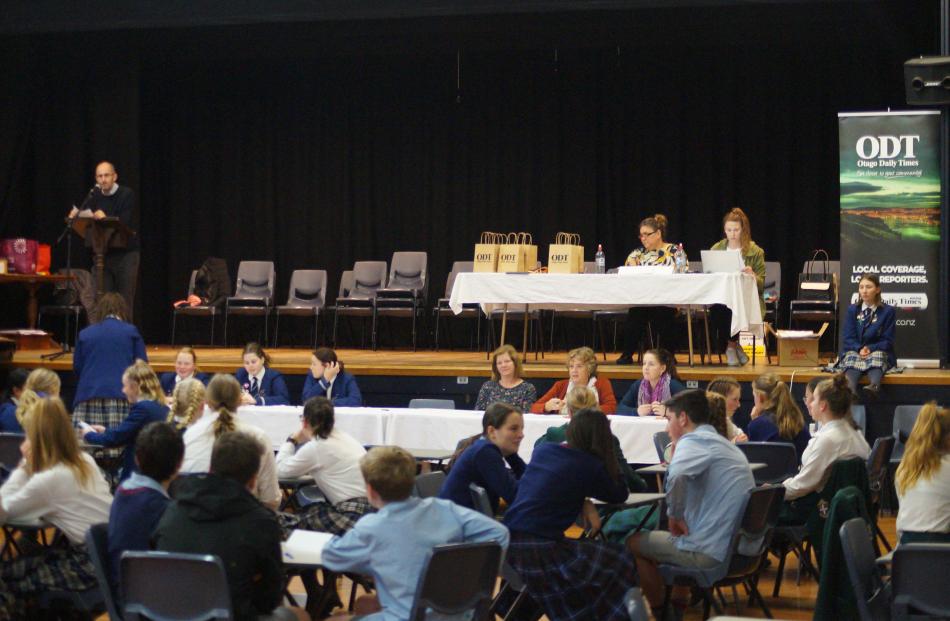 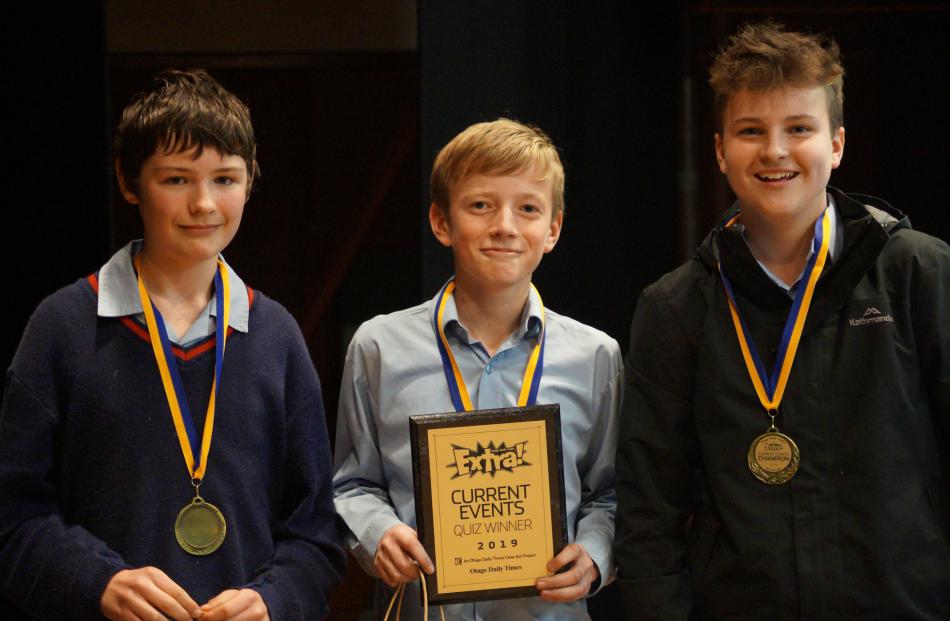 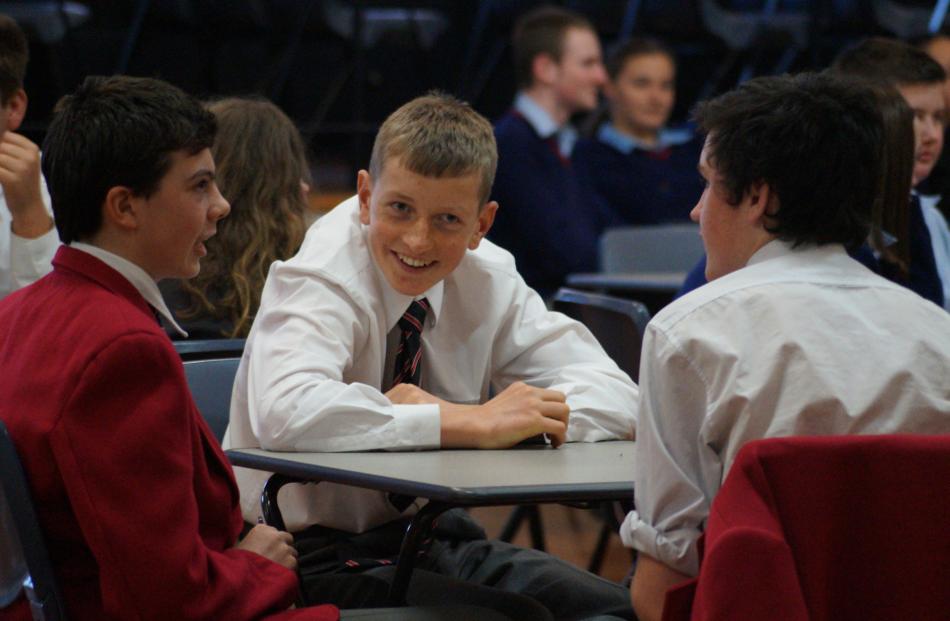 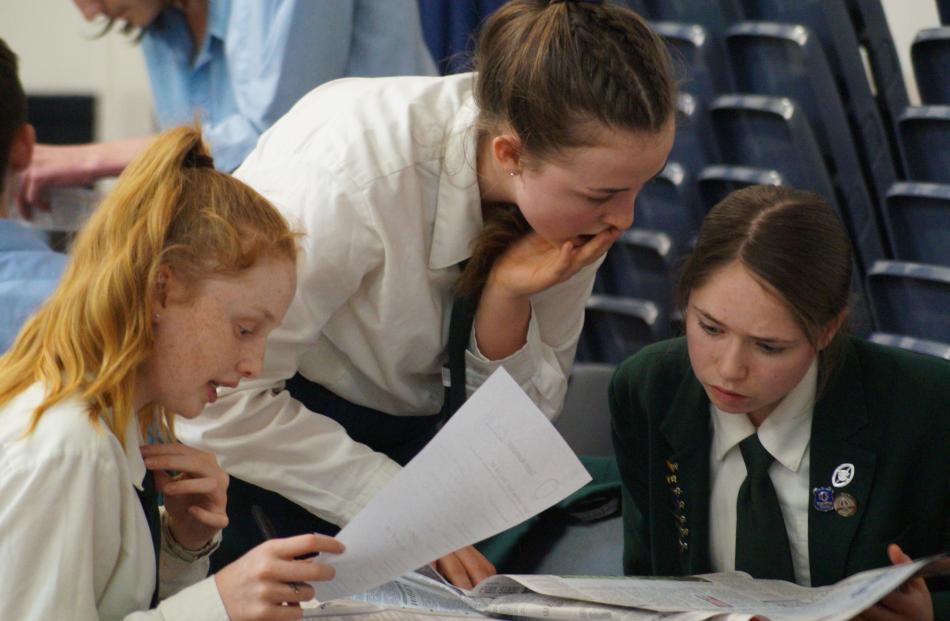 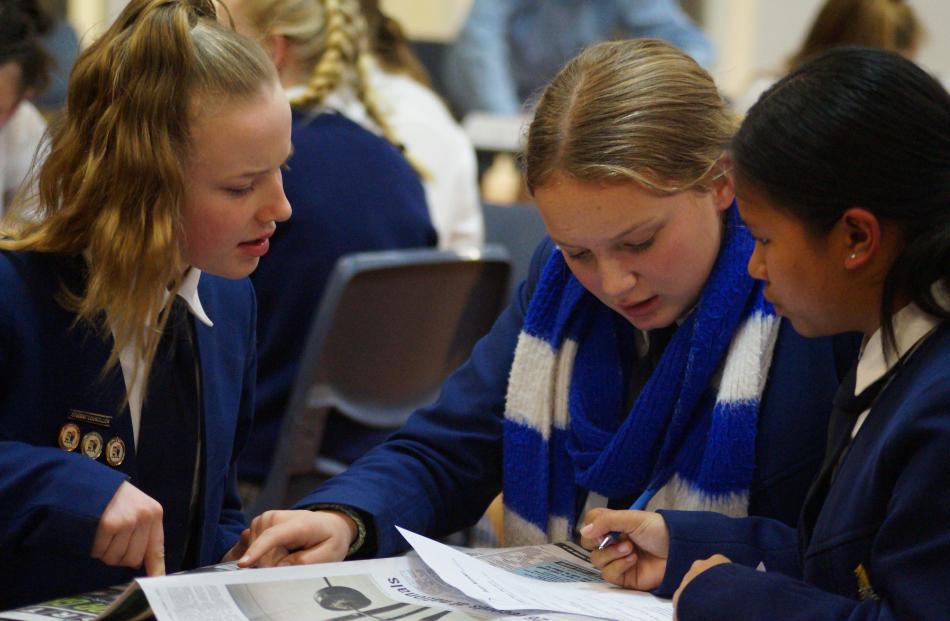 They were followed by Team 21 from Ashburton College, which scored 79 points to take second, while Team 7 from the school was third with 78.

Hosted at Timaru Girls' High School hall last night, the years 9-10 event followed the years 5-6 and years 7-8 quizzes, which were held in the town on Wednesday evening.

There were 20 teams from schools in Oamaru, Timaru and Ashburton competing in the Central South Island quiz, often with multiple teams entered from each school.

Spot prizes were also given out following a quiz section featuring answers found in the Otago Daily Times.

Participants were asked to fold their newspapers back to the highest standard they could, in exchange for a spot prize for the best.

While one Ashburton College team's entry looked like a bundle of newsprint ready to light a fire, another team from the school was rewarded for their newspaper reconstruction efforts.

The Central South Island quiz, held in Timaru, follows similar events held in Christchurch earlier this week, and precedes other contests to be held around Otago later in the year.

The quizzes are run by the Otago Daily Times, through Extra!, its monthly Newspapers in Education publication for primary, intermediate and junior secondary school pupils.