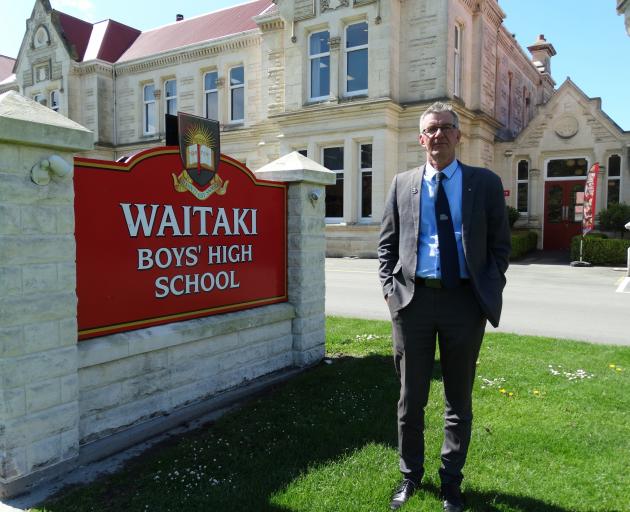 Formerly an assistant rector at the Oamaru school since 2015, he first got into teaching as an adult student following a long career as an organic chemist in the tanning industry in Australia.

After graduating with degrees in teaching and arts from the Queensland University of Technology in Brisbane 2004, he taught in the city's northern suburbs until 2009, when he returned to New Zealand and took up a job at Opihi College, in Temuka.

Before relocating to Oamaru in 2015, he also worked at Timaru's Roncalli College, and then the school he attended as a pupil, Timaru Boys' High School.

"I am very proud to be the deputy rector of a school like this.

"It's my old job, plus a whole lot more. I'm still responsible for student welfare. Most of it is probably the day-to-day running of the school and the organisation of the big events, and looking after and co-ordinating the timetable."

He had not considered teaching during his school days, but was more than happy with his chosen career.

"I hated school. I was skinny, I had a big mouth and I copped a bit of what I deserved."