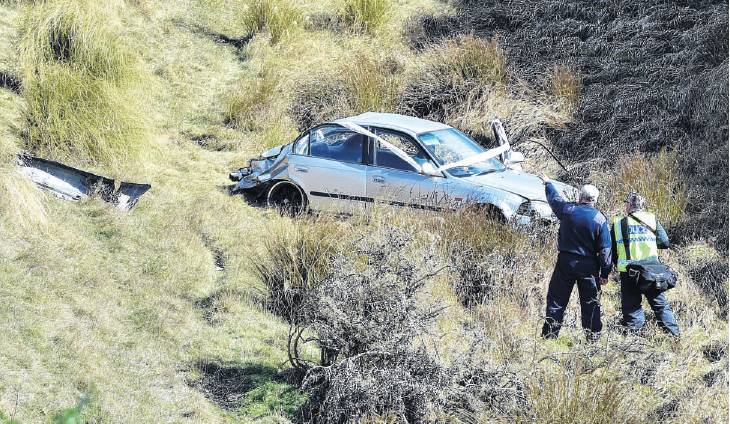 A Palmerston woman appeared in the Oamaru District Court yesterday, in relation tothe deaths of two people in this crash near Macraes in August last year. PHOTO: PETER MCINTOSH
People in the public gallery of the Oamaru District Court were in tears yesterday as a Palmerston woman admitted causing the deaths of two people while she was drink-driving near Macraes last year. 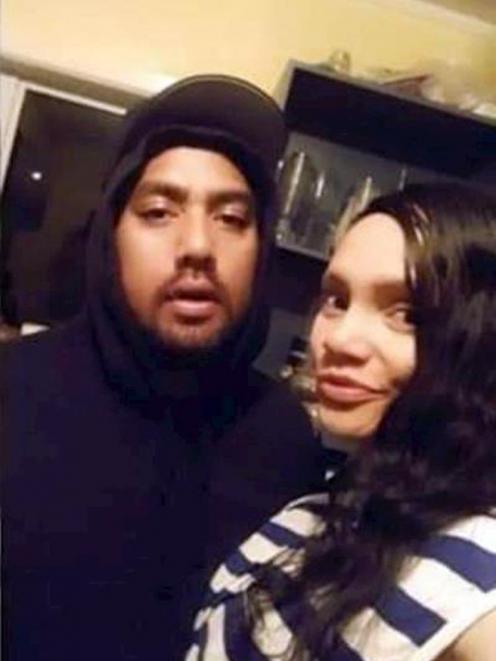 Hamiora Te Kira (28), known as Tama, of Palmerston, and Kara Te Rupe (27), of Palmerston, were killed in the crash. PHOTO: GIVEALITTLE
Emotions were high as Annika Natalie Ludlow (19) pleaded guilty to two charges of driving with an excess blood-alcohol level, causing the deaths of parents of four Hamiora Te Kira (28), known as Tama, and Kararaina Te Rupe (27), in the August 29 crash.

A statement of facts said Ludlow, who was 18 at the time, had bought a new Honda Civic car that day, and with her partner went to the Palmerston house of a work associate, where she drank an alcoholic drink.

Te Kira and Terupe were also at the house and decided to go for a drive with Ludlow and her partner in the new car.

The couple were in the back seat without seatbelts on.

Just before midnight, as the car was travelling along Macraes Rd towards Palmerston, Ludlow failed to take a bend and hit gravel on the side of the road.

She then over-corrected and spun out of control at close to 100kmh.

The car went off the road and down a steep bank, rolling end over end. The left rear quarter of the Honda hit rocks on the bank, and the rear end and roof took most of the force of the collision.

The rear half of the car was crushed, while the front half was mostly undamaged.

The two victims died shortly after impact, from unsurvivable head and neck injuries.

Ludlow and her passenger were taken to Dunedin Hospital, and released the next day.

The car went off the road and down a steep bank, rolling end over end. PHOTO: PETER MCINTOSH
A blood sample taken at the hospital five hours after the incident returned a reading of 92mg of alcohol per 100ml of blood. The legal limit for a driver under 20 is 0mg/100ml, and the legal limit for a driver aged 20 or over is 50mg. The blood specimen also contained THC (the active substance in cannabis).

Ludlow was remanded on bail until April 1 for cultural and pre-sentence reports to be done and to provide the opportunity for a restorative justice meeting with the victims’ families.

The victims left behind four children then aged between 3 and 9 years old.