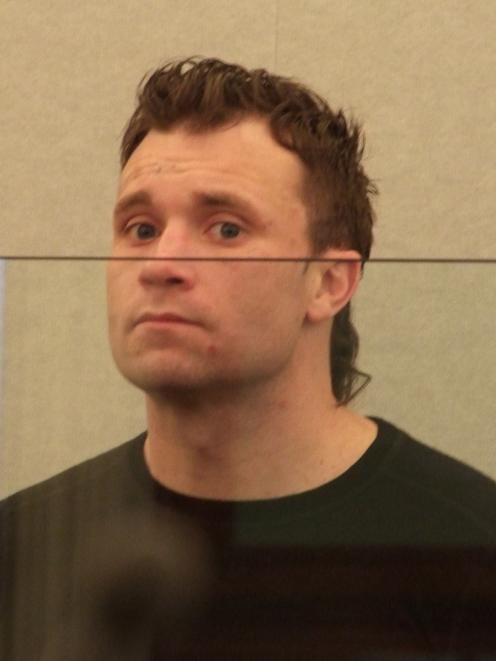 Cannan Yeo
A lengthy history of offending came back to haunt an Oamaru man when he was sent to jail for 13 months.

Cannan Yeo (34) was sentenced in the Oamaru District Court yesterday, after previously admitting four charges of burglary, theft from a car and driving while disqualified in its aggravated form.

Yeo made national headlines last year when he told police he had Covid-19 and then deliberately coughed on a police officer, while being arrested during the Alert Level 4 lockdown.

He entered the dwelling through an open window and took two duffel bags containing abseiling gear, along with a case containing a power meter and two handheld radios worth about $3000.

On June 24, he drove to Ferry Rd, entered a property and took gardening and electrical equipment valued at more than $500.

He knocked on the door to the house, and when the occupant answered, left immediately.

He then drove to a lifestyle block in Orbell Rd and entered a shed. He cut power to the property, and once inside broke the glass in the door for easy access in and out of the shed.

He put a motorbike, helmet, two vehicle ramps and a speaker into his car before police arrived and arrested him.

He bent several roller doors in an attempt to enter the units, but was unsuccessful.

After forcing open a unit, he smashed a rear passenger window of a Holden Commodore car stored inside and ripped out several wires connected to the steering column. He also broke off two plastic engine bay parts.

Next, he broke into a Toyota Landcruiser, smashing the rear window, damaging a headrest and the reversing camera, and removing a GPS unit and portable power bank.

Although Yeo had no previous convictions for burglary, he had a lengthy history, of mostly violence-related offending, Judge Joanna Maze said.

He had also breached 12 community-based sentences.

A cultural report revealed Yeo had a troubled childhood, which included emotional neglect and violence, exposure to drugs and alcohol at an early age, and a brain injury.

These factors had a ‘‘direct causative link’’ to Yeo’s offending and were taken into account in sentencing, she said.

Along with his jail term, Yeo was disqualified from driving for 12 months, and ordered to pay reparation of $1081.64.