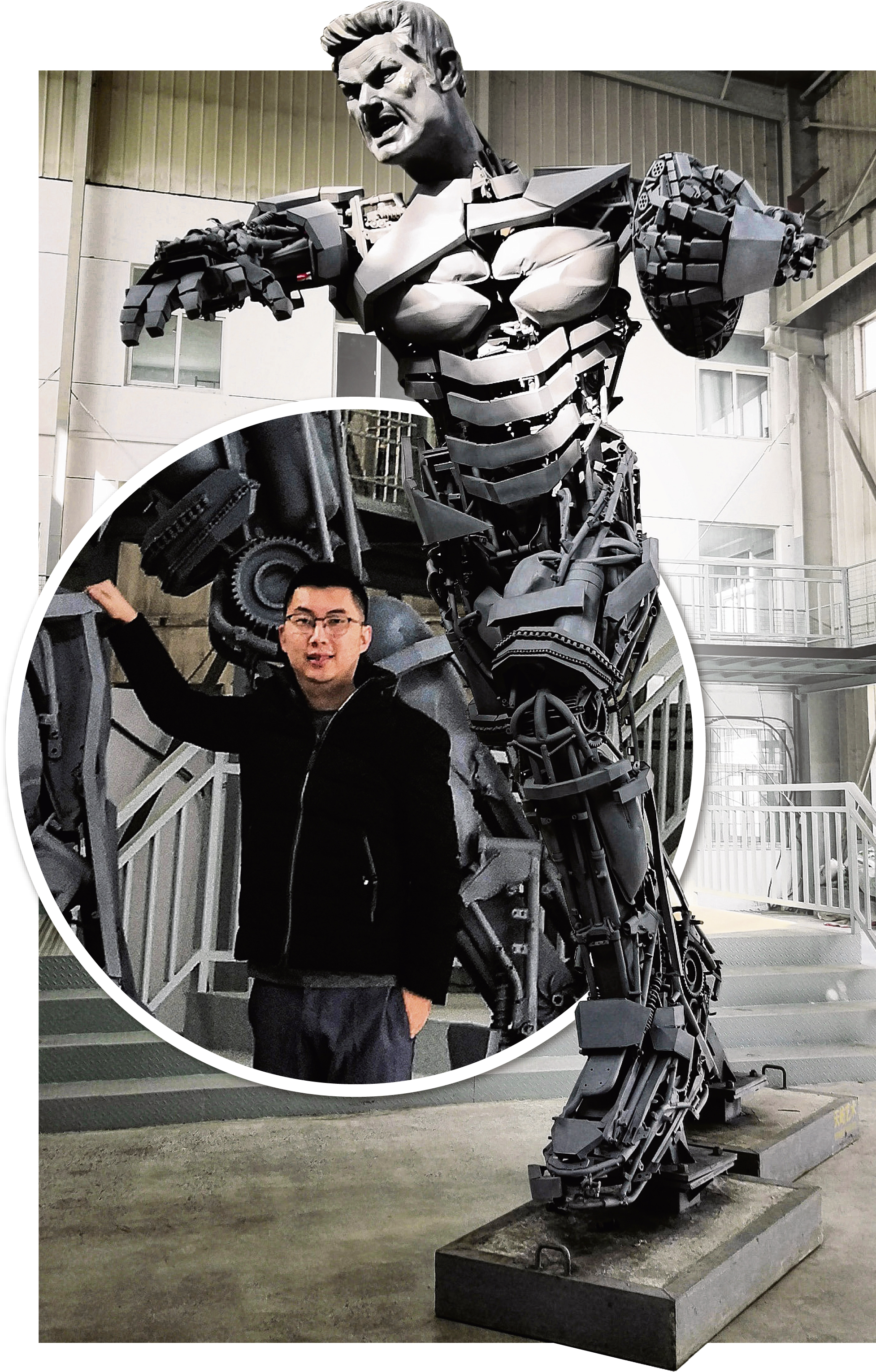 A founding member of the Richie McCaw statue committee says it will not support having the metal McCaw sculpture in Waitaki.

A Chinese sculpture who has built a 7-metre sculpture of a rugby player in the likeness of former All Blacks captain Richie McCaw is seeking support to have his work displayed in New Zealand.

Jocelyn Mcllraith, a former member and secretary of a committee looking at building a statue of the All Black legend, said the metal sculpture was nothing like what was envisaged.

"Original chairman Bob Watherston, who initiated the idea of the statue, wanted to recognise Richard, a modest young man who made a valuable contribution to rugby in New Zealand," she said.

"Not only would the statue recognise Richie McCaw's skills as a rugby player, but would also be a huge drawcard for national and international visitors to our area."

Sculptor Mark Whyte was given the job then to build that statue, which would stand at 2.4 metres.

"Having seen previous works of Mark, I don't support the suggestion [of having the metal sculpture] for the Waitaki Valley," McIIraith said.

"Mark's creations are so life-like, have their own ambience and are simply beautiful."

This comes as Auckland Council also rejected Chinese artist Yang Yi's offer to gift the art piece to the city.

Auckland Council arts and culture manager Richard McWha said it would not reconsider a 2012 council decision not to have the McCaw sculpture.

"Given our approach to planning and curating public art has not changed significantly since 2012, there would be no grounds for the current Public Art Advisory Panel to reconsider finding a place for the statue," he said.

Yang, 32, an AUT University graduate, said he spent about $80,000 over two years creating the sculpture from mainly scrap metals.

It is currently sitting at his studio back in his home city of Shiyan in China.

Naming it the "Undefeated Kiwi", Yang said it reflected the never-say-die Kiwi attitude and wanted to dedicate it to New Zealanders and the All Blacks.