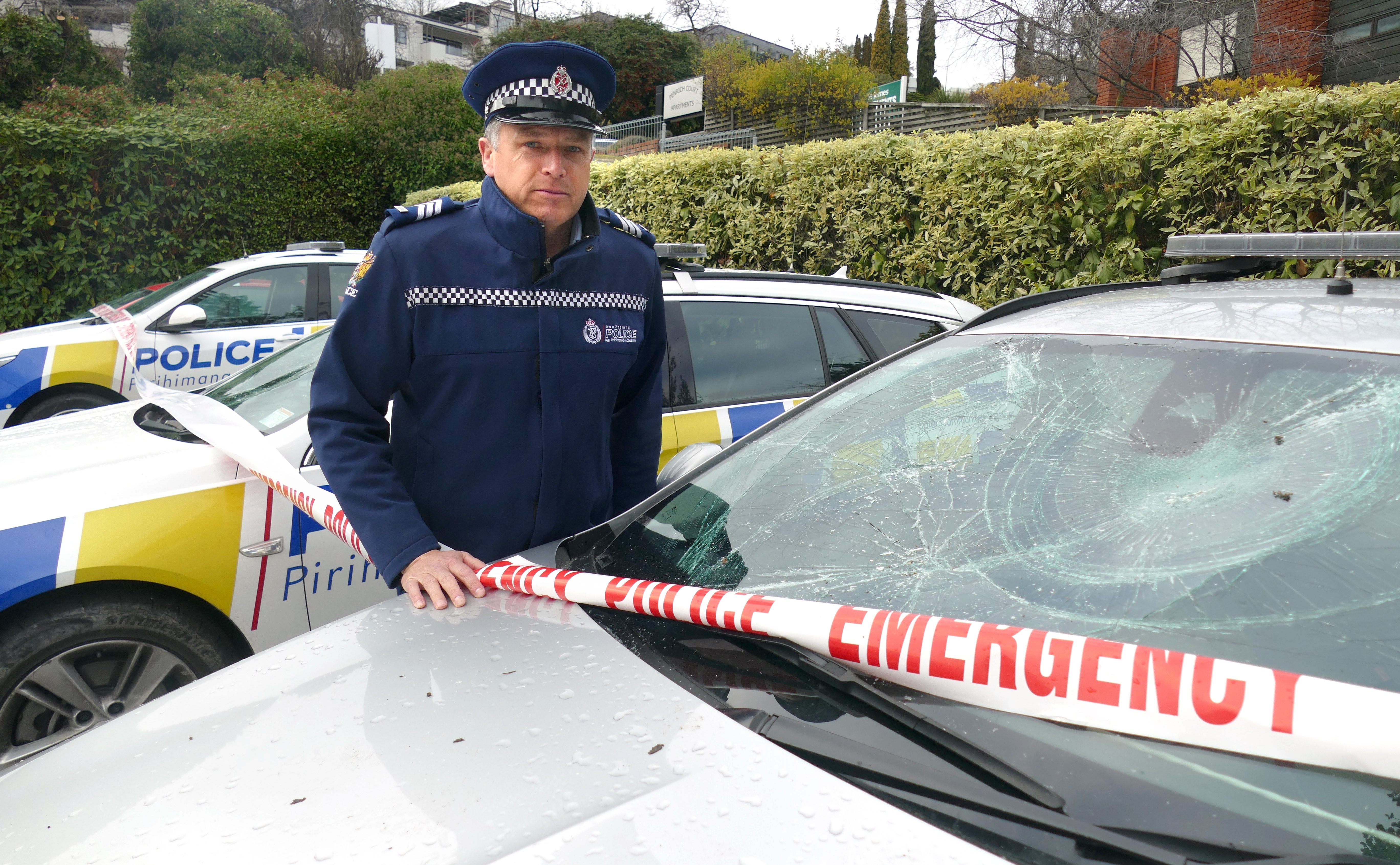 Sergeant Simon Matheson, of Queenstown, with some of the police patrol vehicles damaged in July. PHOTO: ODT FILES
A Waitaki teenager who last week posted about an incident, saying he intentionally damaged the windscreens of six Queenstown police vehicles, and damaged private vehicles belonging to two officers, has been granted interim name suppression.

The 18-year-old appeared in the Queenstown District Court yesterday before Judge John Brandts-Giesen, where he admitted intentionally damaging the eight vehicles and resisting a police officer on July 18 in Queenstown.

Through his lawyer, Megan McCrostie, he sought to be discharged without conviction on all charges - and for his name to be kept secret.

Ms McCrostie said factors to be taken into consideration were his age, his employment, his future employment prospects and mental health concerns.

However, prosecuting sergeant Ian Collin said that police were opposed to the interim name suppression order.

Further, he pointed to a post the defendant made on Instagram on Friday referring to his upcoming court appearance.

The post included a photograph, taken before the damage was done to the vehicles, of the defendant with a police officer.

It included the words "RIP this dude’s car".

"To now come to court and say, ‘I don’t want my name out there at all’ [posting on social media about the incident] doesn’t seem to fit with now protecting his name."

Ms McCrostie said the post had since been removed and it was indicative of the teenager’s level of maturity and mental health issues.

Judge Brandts-Giesen had read a mental health triage report on the defendant and was swayed, "with reluctance and with a sense of misgiving", to issue the interim order being issued.

His discharge application will be heard in December.