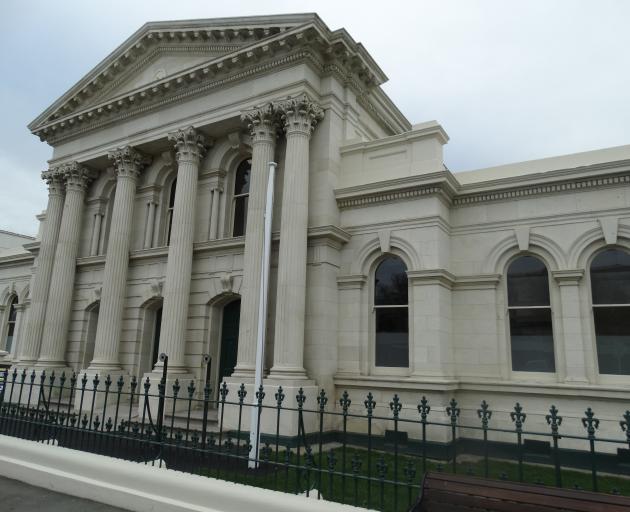 While no date for an official return to the lower Thames St building has been confirmed by the Ministry of Justice or the Waitaki District Council, which are in negotiations about a timeframe, the first court hearings scheduled for Oamaru in 2019 are on January 16.

The 1883 courthouse was closed in late 2011 after being classed as earthquake-prone, before court services were relocated to Timaru, then the nearby Oamaru Opera House and finally to a portable facility in Humber St in 2014.

Ministry of Justice operations and service group regional manager Bruce Findlay said the ministry continued to carry out work inside and outside the building.

''The strengthening and renovations at the Oamaru courthouse are almost complete and the ministry and Waitaki District Council have an agreement in place. The remaining work mostly relates to the sallyport which is now under construction and the completion of final security and air conditioning work.

''We are looking forward to court services returning to the Oamaru courthouse and we're working with the council to finalise the dates for when that will happen.''

Mr Kircher said while the work had taken ''longer than expected'', it was up to the ministry to determine its own work schedule.

''Expectations are still the first hearings will be early in the New Year.

''It's taken longer than expected, but this is all work that is being paid for by the ministry so it's just meeting all of their requirements around safety and security. They have essentially taken over the lease of the building. It is theirs now and they are the tenant officially.''

A close to $900,000 project to earthquake-strengthen and refurbish the courthouse and its surroundings started in February and was completed last month, followed by an official opening on October 4 attended by Justice Minister Andrew Little.