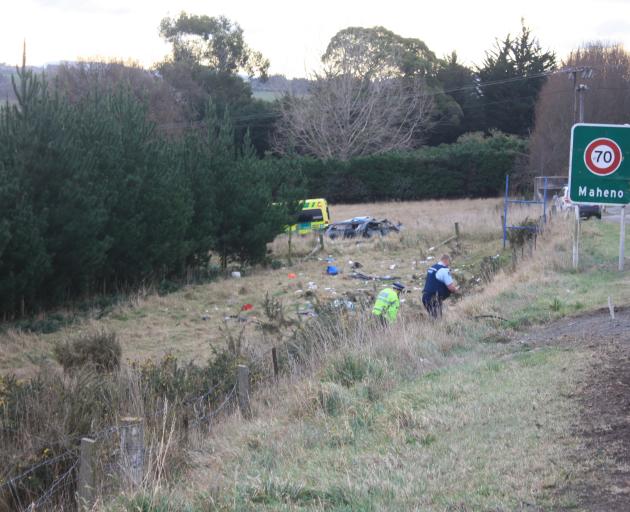 The people mover was badly damaged in the crash at Maheno. Photo: Gus Patterson
Police have confirmed one person is dead after a people mover hurtled down a bank next to SH1 in North Otago this morning.

A police spokeswoman said the single-vehicle crash happened on Main Rd (SH1), Maheno, and police were called at 10.06am.

Police this afternoon confirmed the sole occupant of the vehicle was found dead at the scene.

Police remained at the scene and the investigation into the cause is ongoing.

A reporter at the scene said the van/people mover was about 10m to 15m from the road in a paddock and badly damaged.

There were debris spread across the paddock.

It appeared the car was travelling north when it left the road close to the entrance to Maheno. 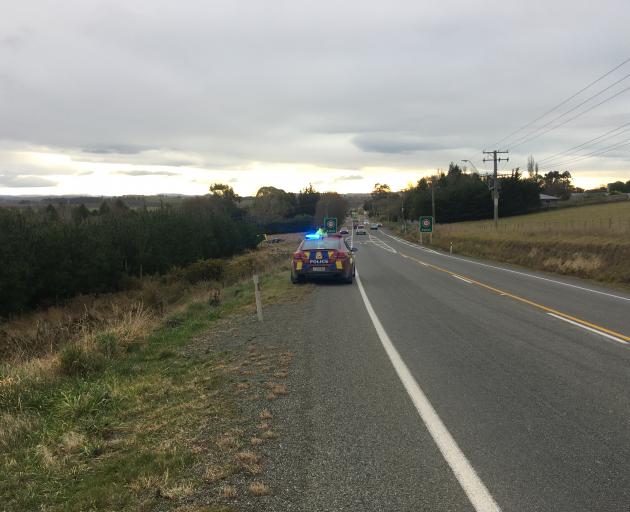 A police car near the scene where a car left the road just south of Maheno. Photo: Gus Patterson

The police spokeswoman said the road remains open after the crash.

The Serious Crash Unit has been advised.