Waitaki district house and land values have increased in the recent Quotable Value (QV) valuation. PHOTO: KAYLA HODGE
Property owners in the Waitaki district can expect some good news in their mailboxes shortly.

They will soon receive an updated 2020 notice of rating valuation for their properties in the post.

The district’s last rating valuation was in 2017.

The information from Quotable Value (QV) shows the value of residential housing in Waitaki has increased by 33.7% since 2017, and the average land value increased by 45.1%.

The new rating valuations have been prepared for 14,432 properties on behalf of the Waitaki District Council.

Rating valuations are usually carried out on all New Zealand properties every three years, to help local councils set rates for the following three-year period.

They reflect the likely selling price of a property at the effective revaluation date, which was September 1, 2020, and do not include chattels.

QV area manager Tim Gibson said the demand for residential housing had been buoyant across all sectors of property within the Waitaki market, as well as locations outside Oamaru.

Value growth was being driven by a combination of high demand, low interest rates and limited stock available to buy, he said.

The greatest residential value movement was in the smaller settlements, such as Palmerston, Kurow and Otematata, which was due to them coming off a lower value base than Oamaru.

Commercial and industrial land values also increased by 26% and 12% respectively.

It was a solid performance for commercial and industrial properties, Mr Gibson said. Value increases were driven by a small increase in rental levels and a modest drop in the yield investors had expected since 2017. 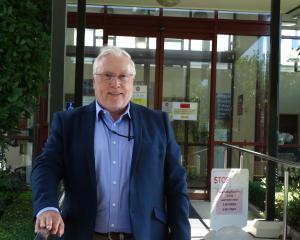