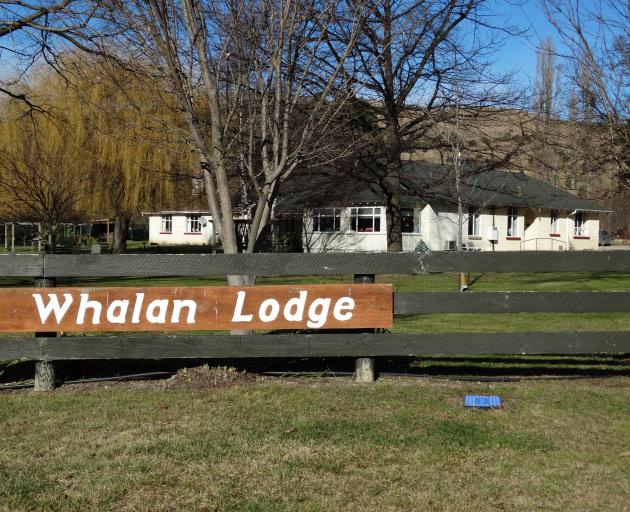 Kurow rest-home Whalan Lodge is going strong after a period of uncertainty. PHOTOS: DANIEL BIRCHFIELD
Kurow rest-home Whalan Lodge is many things — welcoming, intuitive and embraced by the community. Walking through the doors it is hard to believe it was threatened with closure seven years ago. Its turnaround in fortunes is a remarkable story, which Daniel Birchfield learned more about.

Life at Kurow rest-home Whalan Lodge is akin to one big family living under the same roof.

With 12 residents and 14 staff, the 14-bed facility, owned and operated by the eight-person Whalan Lodge Trust, is thriving.

While things are rosy today, the future of the Waitaki Valley township's only rest-home once looked bleak and if not for the support of the Kurow community, it would probably have closed.

Financial issues at the lodge that had dated back several years came to a head in 2016, when the trust pleaded for expressions of interest from people who would be requiring aged care soon. 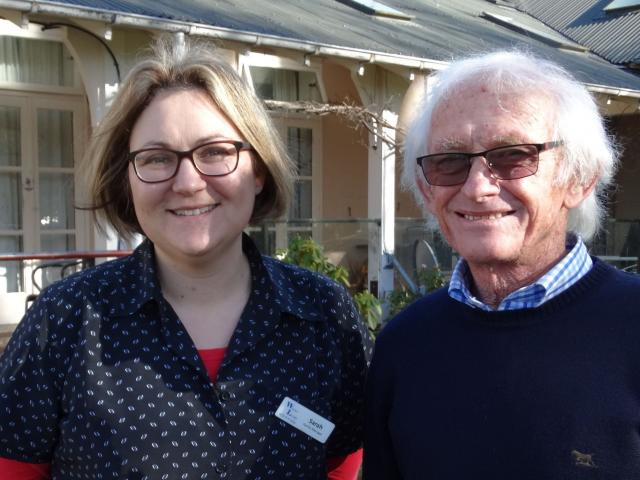 In an effort to keep the business afloat, the trust helped with rent relief, insurance payments and the cost of mandatory audits, but by December 2013, the lessees felt the business was no longer viable, and the trust took over.

Despite an increase in residents, the facility continued to lose money and a public meeting to address the issue was held in November 2014.

At the meeting, more than 140 people expressed support for the lodge and more than $10,000 was given by locals to assist in its operation.

In 2016, the trust raised a loan of $50,000 to continue to operate the lodge, and two grants had been received from the Meridian Energy Community Fund to repair and renew flooring and buy a mobility van.

Today, the rest-home is close to full capacity and has a growing waiting list and greater financial security.

The rest-home's stunning turnaround from the brink of closure to Kurow success story was recognised last year when it won the supreme award for Waitaki at the Trustpower Community Awards.

Built in 1926 and 1927, the Diggers Gully Rd rest-home was a maternity home in its early days, before it was converted to a rest-home.

It was closed in 1975 and remained unused until it was bought by the Whalan family in the early 1980s, with the stipulation it be used to benefit the wider community.

It opened as a rest-home once again in 1984 and the trust was formed.

For the next 18 years it was run with few issues, before its struggles began.

Trust chairman Barney McCone said the home was literally weeks, if not days, from closure at a time when it had only two residents remaining.

Then it doubled its numbers in a short space of time and confidence started to build.

"We didn't have the confidence of needs assessors. It took ages to get them on board and once that happened, we started to get people. 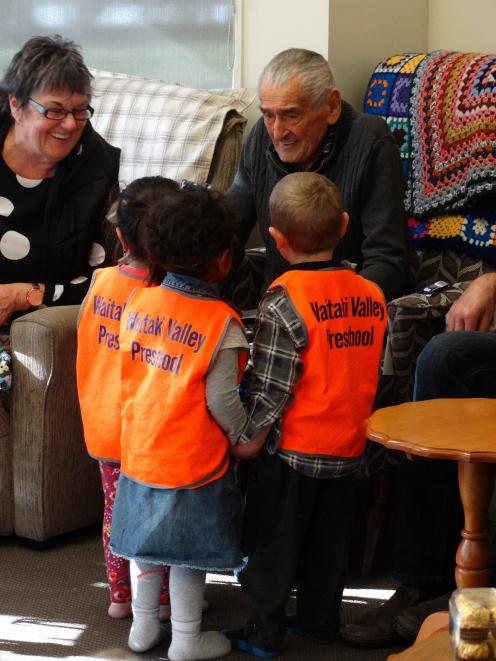 Whalan Lodge resident Milton Crawford chats to pupils from Waitaki Valley Preschool, who visit the rest-home to see residents each week. PHOTOS: DANIEL BIRCHFIELD
Trustee Kate Pavletich, who has been involved with the rest-home for about 15 years, said trustees knew what needed to be done to survive and were determined to do just that.

"It was a matter of getting our reputation back and that was a hard one to get back."

As the number of residents grew, or an "all-of-a-sudden bolt" as Mr McCone put it, there was suddenly light at the end of the tunnel.

He paid tribute to former chairman Hugh Cameron and his late wife Mandy, who played an integral part in turning the rest-home around.

An audit carried out at the home in May 2018 identified 12 issues that needed to be actioned, not 15 as initially reported by the Otago Daily Times.

A report in the ODT last Saturday contained information related to the 2018 audit, not the most recent appraisal, and conflated the two.

The ODT apologises for that error and any distress it may have caused staff, residents and the wider Kurow community.

Another audit conducted in May this year found nine issues had been addressed and the three that needed attention have been or are in the process of being fixed.

Those included work on residents' care plans, the monitoring of "challenging behaviours" and the implementation and evaluation of activity plans.

The effort put in by staff and management was praised by auditors in a summary report.

"There is a lot of great things happening at Whalan Lodge," it said.

It also congratulated the rest-home for its "great flow of communication" in regards to data being collated and analysed.

Support from the community continued to play a huge part in the rest-home's turnaround, Mr McCone said. That came in the form of donations of time, manpower and materials for numerous fundraising projects from dinner dances to hogget sales, the latter of which was the trust's biggest earner.

Each year the trust bought 300 lambs, grazed them free of charge on rural properties around the area and then sold them at a profit.

Another was an initiative run in conjunction with Waitaki Valley-based Ostler Wines.

People volunteered to pick grapes at the winery and what they would have made in wages was given to the trust.

Even the residents got in on the act, Mr McCone said.

As an example, with help from staff residents recently stripped bunches of lavender stalks so it could be packaged and sold as lavender bags or potpourri.

It was being sold in stores around Kurow and all money earned went into a social fund for residents.

Other donations "come out of the blue".

Whalan Lodge facility manager Sarah Green said it was the connection and with the community that had been crucial to the rest-home's success. 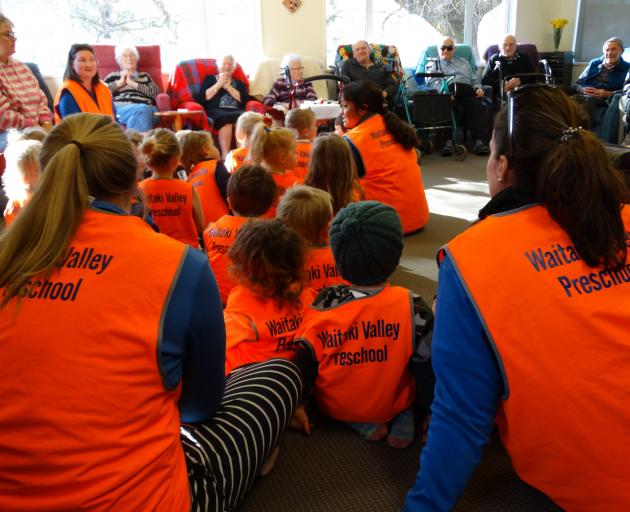 Waitaki Valley Preschool children sing with Whalan Lodge residents.
"Everybody has got something different to offer. We've got one who is interested in the arts and crafts side ... The residents love to express themselves in being creative.

"They're always thinking about how they can make the residents lives more enjoyable."

However, the rest-home's "biggest strength" was the fact people from the area did not have to relocate to Oamaru when they required care, Mr McCone said.

"Local people can retire in their own town."

Mrs Green said in many cases, people chose to stay in Kurow instead of relocating to the coast.

"We've had people on a waiting list in Oamaru and they've come here as a stop-gap and they've decided no, they're not going to leave."