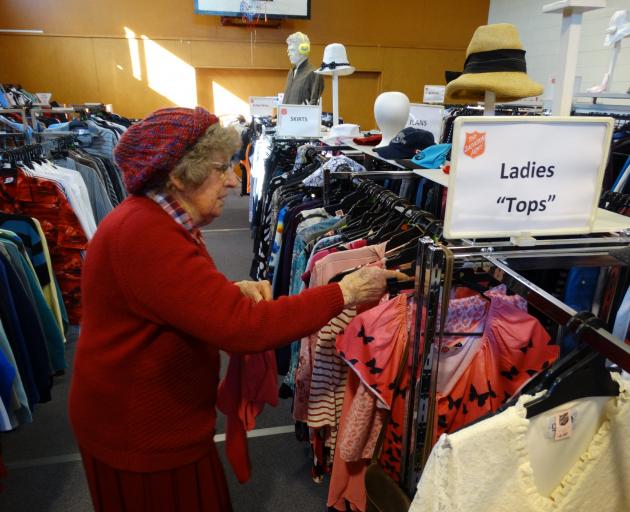 As a result, the organisation's Oamaru family store has relocated to the rear of the building, to its youth hall.

Salvation Army South Island property projects manager Matt Tongue said the work was required to bring the area occupied by the retail space and its storage areas up to ''at least'' 34% of the new building standard, the minimum to be considered earthquake safe.

It involved the ''installation of structural steel [portal frame] and helifix ties to blockwork'' as well as some ''cosmetic works to revitalise the shop''.

Store manager Karyn Shaw was pleased the work was under way.

While operating out of the temporary shop in the smaller youth hall was manageable in the interim, she looked forward to moving back to the original street-front space.

In addition to the shop refurbishment, Mrs Shaw was also making wooden ''shop racking'' from recycled pallets and other timber, ''so it costs nothing''.

''A reason for that is I don't want to spend money we could otherwise be spending on people in the community.''

Mr Tongue said there were no plans work on the Salvation Army's other retail store in north Oamaru.