Trees at reservoir danger, to be felled

Trees in a Waitaki District Council plantation will be felled urgently because of the risk to the public after high wind earlier this week.

The plantation, between Reservoir Rd and the Oamaru reservoir, is the worst affected of three around the town where trees were blown over.

The council has had its plantations inspected by its forestry consultant Allan Laurie over the past few days to identify the problems.

Other forests around the district were being inspected yesterday.

The initial report to the council said at least half of the Reservoir Rd block had suffered considerable damage.

The area was now "completely compromised and unstable - considered a high public risk".

Urgent action was required to fell all trees in the area.

Because of high log prices, this action would provide a profit for the council.

Elsewhere in the reservoir block, about half a hectare had also suffered considerable damage, but logs could be extracted without affecting the rest of the trees. Potential public risk was low.

On Cape Wanbrow, about 40 trees scattered throughout the block had come down, about 15 to 20 next to the access track. Trees that had been damaged and put the public at risk had already been felled.

Arrangements were being made to remove the logs from the block but the cost of getting them out would not make it worthwhile.

About 1ha of trees had been damaged in the Glen Eden block, mostly along the edges of areas already being harvested. Access to extract wind-blown trees was impossible for now.

Some of the trees were dangerous and leaning, so the public would be excluded from the area. 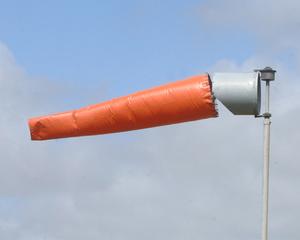