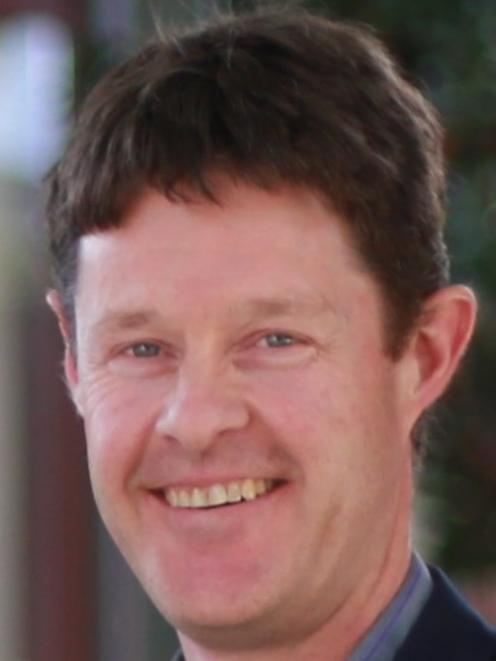 Mark Rogers. Photo: ODT files
Waitaki District Health Services hopes to break even by the end of the 2021-22 financial year.

The Waitaki District Council-controlled company’s interim report for the six months to December last year was presented at a council meeting last Tuesday.

In the report, chairman Mark Rogers said the organisation had made strong progress towards "building the critical foundations" which it could improve on.

Although the half-year deficit remained significant at $892,000, foundational work would place the organisation in a strong position for the second half of the financial year, with a view to breaking even by the end of the 2021-22 period, he said.

A major contributor to this was the recruitment of almost a complete complement of permanent doctors, which reduced the dependency on expensive locums.

"That’s been a thing across all EDs nationally," he said.

There was a combination of contributing factors to this, which included people not seeking treatment during Covid-19, people staying home instead of travelling, and a continued use of the emergency department as opposed to primary GP services.

Council chief executive Fergus Power asked what insights WDHS was able to gain, having no overseas visitors due to Covid.

Mr Jamieson said there had been no drop in patient numbers due to the border closure, but the hospital was in a "better position than ever" in terms of infection control standards and hygiene — vigilance that needed to remain.

"New Zealand is in a unique position, and what has seen us well in very early periods will see us well going forward."

He also thought Covid-19 may have made New Zealand a more attractive option for international doctors.

Deputy mayor Melanie Tavendale asked where the WDHS sat on the Health and Disability Systems reform.

"There are some knowns and a lot of unknowns," Mr Jamieson said.

There would be a consolidation of district health boards, and that there needed to be better integration between primary and secondary health, "which we absolutely would support".

Equal access to healthcare was another priority the WDHS strongly supported, because of its rural location.

"I think the key piece is we believe we play a critical role in terms of localism. In terms of interpreting the healthcare needs of the Waitaki community and we would strongly hope that that’s reflected, balanced between centralisation and regionalism ... I think that’s a debate to be had."

Mr Rogers said WDHS had been talking with the Southern District Health Board to try to "progress" its position on that.

Financial donations received this year included $150,000 from the Oamaru Licensing Trust through the Lion Foundation and $50,000 from Otago Healthcare Charitable Trust towards a new X-ray machine, and critical medical equipment; $5000 from Fr Wayne Healey for the purchase of a tall person’s hospital bed; and $500,000 from the Waitaki District Health Services Trust towards operating costs, repairs, and maintenance.