Prospectors out in force as gold prices reach fever pitch

Record high gold prices have prompted hobby prospectors to dust off spades and pans and head to South Island rivers in the hope of striking it lucky.
Since retiring last year as the Grey District's long-serving mayor, Tony Kokshoorn says he has been good as gold - he just wishes he had joined the recent rush on prospecting for it.

"I generally nowadays invest in sharemarkets and that type of thing, but I wish now I'd taken up the gold-panning and gone out there because it's a far better payer at the moment, with the gold price going through the roof and the share price of most companies really in the doldrums." 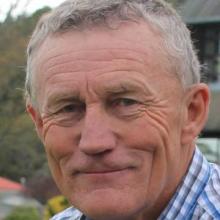 Record high gold prices have prompted hobby prospectors to dust off spades and pans and head to South Island rivers in the hope of striking it lucky.

Kokshoorn said the spike in treasure hunters on the West Coast was noticeable.

"There is certainly more interest out there and there are a lot of people on the West Coast that have ... just as a part-time job, done the gold pan and a lot of people love it.

"I mean, it's like a treasure hunt, isn't it? You never know what you're going to get next."

But it took skill to know the difference between the real thing, and the fool's gold that gets novice hearts racing.

The committed prospector, who shared his adventures on YouTube, knows not everything that glisters is gold.

"You get your pyrites, like the old fool's gold, that's kind of real 'glisteny' - the sun will hit it and it'll be real shiny but with gold, it's got that colour that doesn't change whether it's in the sun or not.

"Once you've seen gold you can always tell the difference."

But for him, the merits of gold prospecting lay more with the friendships he had made and the places the hobby had taken him, than the drawcard of striking it rich.

"There are always heaps of nice people out there.

"The other month I went down Queenstown way - down to Otago, and Arrowtown was another awesome place. I'd never been there."

Dean McNamara of Richmond descended from generations of West Coast coal miners, but switched his focus to gold when he caught the bug more than 20 years ago.

He ran the website mineforgold - an online gold prospecting shop.

McNamara said many were drawn to the thrill of the chance - much like the lottery, because there was as much chance of finding a mortgage-busting nugget as winning $50 million in Lotto.

"What they call the gold fever is very similar to the people who queue up at the Lotto outlets, hoping to strike it lucky and fulfill all their dreams."

While it may conjure images of running free in the wild west, there were rules around prospecting.

The Department of Conservation has set aside areas for recreational gold fossicking on the West Coast, in Golden Bay and Otago.

McNamara said it was important to stick to those boundaries, otherwise you might need to find friends in high places, or buy your own bit of riverbank.

"There are limited places where there are public fossicking spots.

"If you're going further afield you have to know who has the licence to that area of river, or else you have to own your own bit."

Jade Wright was part of several online fossickers' forums, such as the New Zealand gold mining and gold prospecting group.

Wright said the rise in value, and straitened times were definitely driving the interest in gold.

"Sadly, when we do go into harder times, precious minerals full-stop go skyrocketing because they're a sure thing - you've got something to hold, something to show for that value and not just paper."

The biggest gold nugget Wright has ever found weighed just 2.2 grams - a couple of hundred dollars worth.

It was no match for the 177-gram nugget found last year in a West Coast river by Hokitika local, Craig Douglas.

But he planned to keep trying.

"Yeah, it's the thrill. You just don't know what's around the corner; what's under that rock or that next shovel.

"It's like a hunt - you can know about geology and do lots of research, but you'll still never know until your shovel finds that gem."