Call for Southern DHB to ‘get real’ 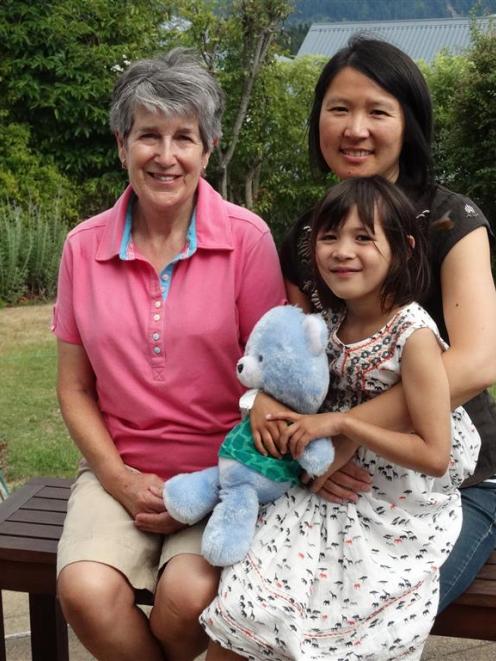 Suki Lee (right) had to travel to Southland Hospital in Invercargill with daughter Sofia Sharpe to get treatment after she broke her arm as the Queenstown Lakes District Hospital fracture clinic was full. Sofia’s grandmother, Kirsty Sharpe, is at left. PHOTO: LOUISE SCOTT
Queenstown residents say their concerns are being ignored as a Southern District Health Board roadshow to get feedback on health services bypasses the town.

Suki Lee, who had to twice drive her daughter Sofia Sharpe (6) to Invercargill - a two-hour drive each way - for new casts after she broke her arm in a fall from monkey bars, said health services in Queenstown were lacking.

She was particularly concerned to read that meetings asking for feedback from patients and families about their experiences with the Southern District Health Board services were to be held in Dunedin, Invercargill and Alexandra next month, but none was scheduled for Queenstown.

Ms Lee said she was initially told all treatment would likely be in Queenstown.

A letter followed saying trips to Invercargill were needed as Queenstown could not fit Sofia in. To get to Invercargill, she had to rearrange her schedule and sort child care for her second child.

‘'It's a two-hour journey, which is hard for kids. Then to wait in the hospital for an hour and a-half. The last thing they want to do is get back into a car.''

Her family's experience highlighted the need to engage with Queenstown locals about what they were experiencing with health services, Ms Lee said.

The snub showed the board was completely out of touch, and she questioned whether the lack of a Queenstown session was intentional.

‘‘The truth is they don't want to unleash the tirade that would ensue from Queenstown.''

Sofia's grandmother, former Queenstown district councillor Kirsty Sharpe, said the board should not be holding consultation meetings if it could not cover the area adequately.

Asking people to travel to Alexandra to discuss health issues added insult to injury. Not everyone had the ability to take time off work, and if attendees were all retirees that would skew results.

She suggested the board dropped a Dunedin session and had one in Queenstown instead.

SDHB chief executive Carole Heatly said the board only had five days to schedule 16 sessions across its district.

‘‘Unfortunately holding workshops in all towns within our catchment during the week was simply not possible.''

The timetable was based on centres with the greatest numbers of staff and patients.

Alexandra was chosen as a central point for people from inland areas such as Queenstown, Cromwell and Wanaka.

Ms Sharpe said logistics were not an acceptable excuse.

‘‘They shouldn't hold the exercise if that is the case. The health board have to get real. They are there to look after the people, all the people. That is their mandate.''