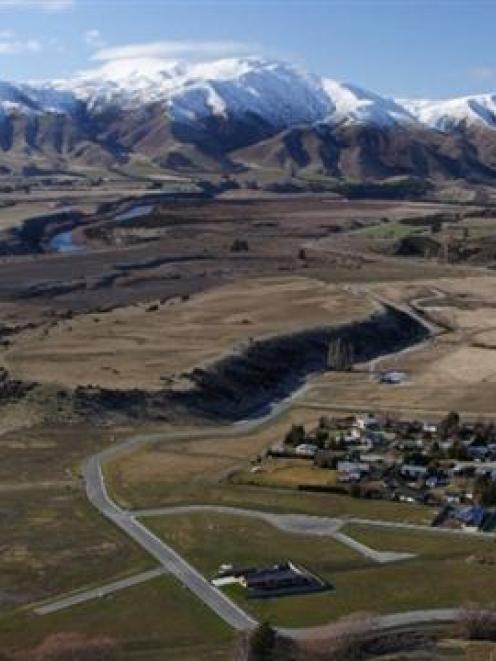 Luggate Park. Photo by ODT.
The size of the loss Dunedin City Council-owned Delta Investments Ltd has made over its investment in its residential development at Luggate could be confirmed later this month.

Delta's Luggate Park joint venture with property developer Jim Boult is on the market as a deadline private treaty sale closing at 4pm on November 14.

Delta has already written down its Luggate Park investment by $5 million.

Its annual report values its total current assets in the joint venture at $493,000 and lists as a current liability a Westpac loan of $868,000.

Colliers agent Rory O'Donnell said he had had "some interest" in the development but it was hard to know where buyers would price it.

Mr O'Donnell said development land was "harder to sell" at present because less bank funding was available to potential buyers.

"[The banks] are a wee bit reluctant to lend on development land."

However, people were "creeping back into the market" looking for development opportunities, Mr O'Donnell said.

In September, chief executive Grady Cameron told the Otago Daily Times the company would develop the sections' infrastructure before selling them.

The company's annual report says a decision to exit its development property ownership would mean booking a $7.5 million pre-tax write-down.