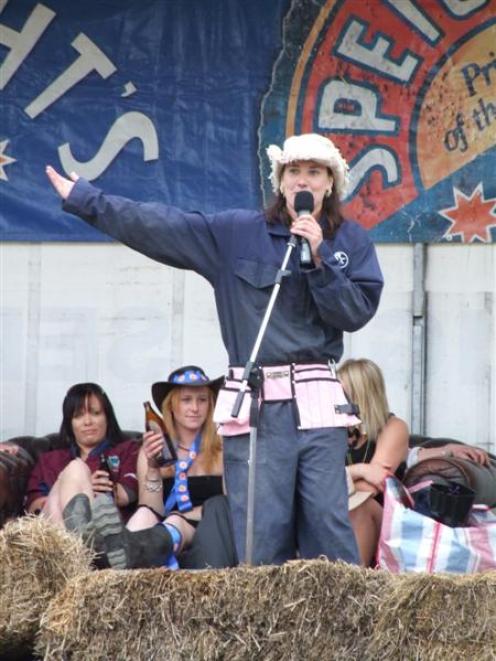 It was Ms Brewster's fourth year of entering the competition and she appeared to be overcome with emotion when she took to the stage after being announced as the competition's first overseas winner.

"I love you New Zealand. This weekend has been so amazing. I'm stoked to win after four hard years of trying. This is awesome," she said.

On stage, Ms Brewster had to choose her first prize: a pallet of Speight's beer or the equivalent value in travel vouchers.

"I really love Speight's, but I love travel even more," she told a cheering crowd at Wanaka's Bullock Bar.

Ms Brewster claimed her maiden title from the 18 other women who entered the seventh Perfect Woman competition, which raises about $10,000 for cancer charity CanLive.

CanLive founder Stew Burt said the 2009 competition had been a great year for the fundraiser and he was happy with the turnout.

Aa trio of Southland girls had dropped their Perfect Woman aspirations, phoning in on Saturday to say they were still celebrating after the province's Ranfurly Shield win, Mr Burt said.