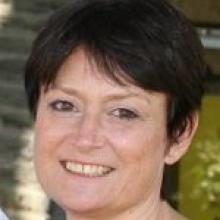 Council chief executive Debra Lawson said the meeting had been arranged to discuss the effect of the disaster and gauge the impact of the large numbers of displaced people being welcomed into the community.

"We have invited representatives from a number of sectors, including health, welfare and education, to attend Friday's meeting, where we are hoping to get more of an idea of how the flow-on from the earthquake is affecting the wider community," Ms Lawson said.

The council had also been trying to get a clearer picture of how many people have arrived in the district from Christchurch.

"Not everyone who has arrived here has required assistance with accommodation or welfare, so we don't know exactly how many people have arrived.

"This makes it difficult to assess the potential impact on local resources. We're asking all displaced Cantabrians to register with the council so we can obtain more precise figures and offer the right sort of support."

Official figures from the Ministry of Education show, as of March 2, the Queenstown Lakes district had the second-highest rate of new school enrolments in the whole country. Timaru has the highest.

Across the district, 338 Canterbury pupils had been enrolled.

The QLDC has received 589 offers of accommodation from residents and businesses, and 139 accommodation requests have been received.