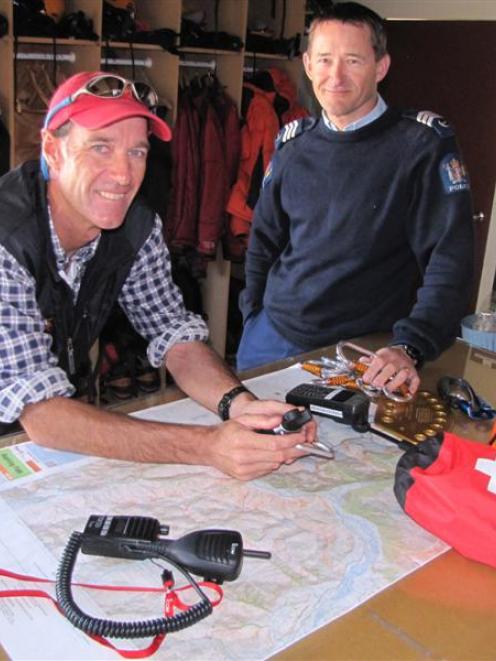 High Country Rescue follows police and LandSAR groups based in the two towns on a series of dramatic life-or-death search and rescue operations which happened during the summers of 2009-10 and 2010-11.

LandSAR Wanaka alpine cliff rescue team leader Gary Dickson, who appears in several of the show's eight episodes, said he was "incredibly happy" with the show and its accurate portrayal of what search and rescue volunteers do.

"We weren't acting, we weren't being any different for the camera, although we probably toned the language down a little bit."

Many of the incidents in the show happened in the Fiordland and Mt Aspiring national parks, and feature everything from experienced mountaineers trapped in dangerous weather, to stricken mountain bikers and missing hunters.

Police search and rescue co-ordinator Sergeant Aaron Nicholson said Wanaka was an obvious choice for the show because of the high volume of operations in the area and the variety of work.

"It's every conceivable aspect of search and rescue ... we cover the full gamut of operations."

The key motivation for LandSAR Wanaka's involvement in the show was to raise the profile of the organisation nationally and to educate people on mountain safety.

"That was why we signed up to the deal, not so we could be movie stars. And that was a big selling point for our volunteers," Mr Dickson said.

• High Country Rescue debuts on TV ONE, on Monday November 26, at 8pm. A feature article on the show will appear in tomorrow's Signal pull-out in the Otago Daily Times.