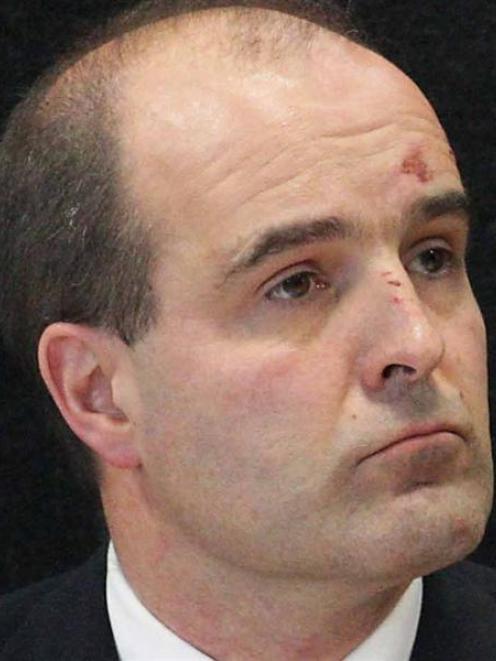 But he was ''not going to let public perception get in the way of making the right decision'', Mr Feeley said.

Mr Feeley told the Otago Daily Times last night he was aware about a fortnight ago Mr Dobbie would resign, at which point Ms van Uden removed herself from any discussion around who would replace him.

''It was my desire that Peter was appointed ... and I told her [Ms van Uden] from the outset ... 'I will be making the decision around this'.

''She was absolutely not part of the decision-making process at all.

''We're now about looking towards the future - as things stand, in the draft report, the building team is effectively unchanged.

Mr Feeley said he was aware of what the ''public perception'' of the appointment would be. However, the fundamental issue was Mr Laurenson was the ''right person for the job''.

Ms van Uden told the ODT she agreed there was a potential for a conflict of interest.

''I realise this is just my word, but I can hold my hand on my heart ... Pete was the person who told me he had a job [when the draft restructuring proposal was released].

Ms van Uden was not part of the final board meeting yesterday afternoon where Mr Laurenson's appointment was confirmed. She said there was ''no pressure'' on her part for him to accept the role.

''I'm confident in terms of the fact that this is an acting role, that is largely transitional in nature.

''It's just about making sure there's someone in that organisation that is able to be a conduit to get information and to get things done,'' Ms van Uden said.

''It is a relationship between Adam and Pete.''

Mr Feeley said from the time the council announced it would disband Lakes Environmental and its other CCO, Lakes Leisure, it was indicated the ''logical timing'' for the board's resignation would be yesterday's council meeting, held in Wanaka.

Appointed to the board yesterday was the council's chief financial officer, Stewart Burns, who joins Mr Feeley and Ms van Uden as interim directors.

The trio were also appointed directors of the Lakes Leisure board after the sudden resignation of chairman Peter Faul and directors James Coddington, Wayne Evans, Jan Caunter and Mark Elliott on March 22.

That board resigned en masse after finding itself in an ''untenable position''.

Mr Feeley said when both boards were initially advised of the council's decision to disband its CCOs ''we signalled that they had signed up to run as business as usual''.

''Clearly, what was happening now was winding down.''

He paid tribute to the ''highly skilled'' Lakes Environmental board, who had acted with ''professionalism and integrity'' throughout the process.

Mr Feeley said the council felt it needed to get to a point where the focus was on reintegration, and called it ''exciting times''.

''A comprehensive plan [is] now in place to ensure a speedy integration of both LE and Lakes Leisure with a minimum of disruption.

Staff have until Tuesday to comment on the draft restructuring proposal.