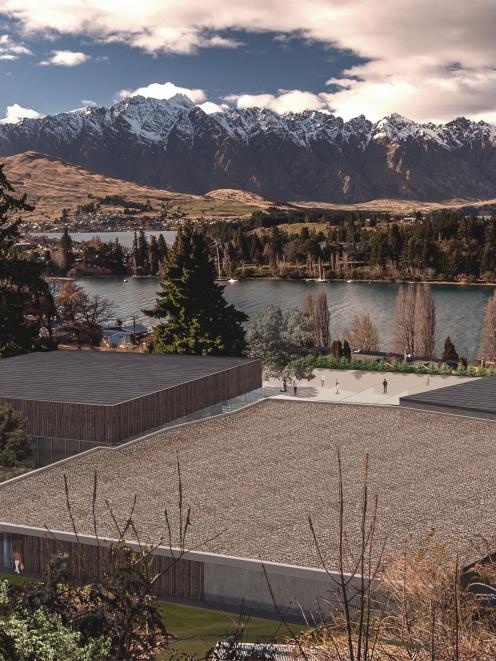 While the decisions only go as far as putting three big capital spending items into the draft annual plan, allowing the public to have their say, there was no doubting councillors' enthusiasm to keep the ball rolling on the long-debated projects.

Councillors, meeting in Wanaka yesterday, got a unanimous thumbs-up on the convention centre even before its own discussion began.

Representatives from the Wanaka and Queenstown chambers of commerce used the public forum to endorse the plan for the centre on the council's Lakeview site in Queenstown and also the council's financial plan to have ratepayers that benefit the most pay the most in rates.

Queenstown chamber chief executive Ann Lockhart said Queenstown's CBD would benefit and she congratulated the council ''on getting this important project to this point''.

Westwood director Johnny Stevenson said he would be ''disappointed'' if the project stopped at this stage.

Richard Hanson, of Aotea Group, believed it was important for commercial tenants - likely to end up paying the higher rates through higher rents - that the centre attracted more ''higher spenders''.

Financial adviser Martin Hawes said a ''resounding yes'' to the convention centre was required if the district was to attract high-value tourists.

Mr Hawes said assessing risk was one of the most important parts of his business.

Mayor Vanessa van Uden opened the council discussion by noting the centre had been three years in gestation and the point had been reached where the public could see the likely impact on them.

She said the council was aware of ''war stories'' over the building of new facilities in other communities and described the council's centre proposal as conservative.

''One of the things we can do continually is eliminate risk, but there is no way there is going to be no risk.''

Ms van Uden said the council was not at the point of starting to ''dig holes'' for the centre but was preparing to talk to the community.

Cr Cath Gilmour, who abstained from the vote to put the project into the draft annual plan, said the ''elephant in the room'' was potential competition from a privately funded convention centre proposed for the Remarkables Park development at Frankton.

She wondered if the council might have underestimated the Frankton proposal.

He considered the scale and location of the Frankton proposal would not draw international conferences. It was ''more of the same'' already on offer in the Wakatipu Basin rather than a ''step change'' represented by the council's proposal.

Aside from Cr Gilmour, all councillors voted for the centre proposal to go into the draft annual plan.

The Wanaka sports facility steering group's recommendation was presented to the council by chairman Duncan Good.

Cr Callum McLeod questioned aspects of the group's report, including the figures used concerning the cost of the sports facility and the swimming pool upgrade.

He noted other towns such as Gore and Balclutha had spent much less on their indoor facilities and was concerned Wanaka could have an over-capacity, with Mt Aspiring College planning its own indoor facility.

The group's proposal has two indoor courts rather than the three originally suggested and deputy mayor Lyal Cocks considered that might be a ''missed opportunity''.

Ms van Uden said that was something to be considered during the design stage where ''horse-trading'' could lead to the adjustments being made.