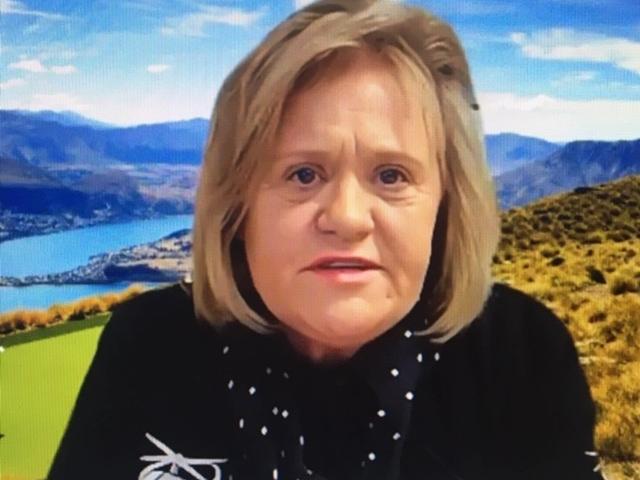 Louisa Patterson. Image: Parliament TV
A Queenstown aviator is one of the driving forces behind a new national group, pushing the Government for a share of the $600 million aviation sector relief package announced on March 30.

The General Aviation Tourism Group, representing 39 New Zealand operators, is asking for about $22 million from the fund.

Over The Top Helicopters chief executive Louisa Patterson, one of those behind the group, said to date more than $300 million had been allocated to government departments including Airways, the Civil Aviation Authority and Aviation Security, but nothing had been forthcoming for the general aviation sector, which was now "on its knees".

Ms Patterson said without financial support from the Government, operators would lose their air operator certificates, be forced to mothball aircraft, hundreds of people would lose their jobs and experienced staff would be head-hunted by companies overseas.

Since the borders had closed, the group, which has 61 bases across New Zealand and 224 aircraft between them - twice the size of Air New Zealand’s fleet — had no income and was now in a "negative income situation" due to refunding prepaid packages.

The group was facing redundancies of at least 30% to 40%, she said.

"If we lose our key personnel because we have to hibernate, then they will most likely be head-hunted by countries like Canada and ... we’re just going to lose decades of experience in the aviation industry in New Zealand.

‘We’re not expecting the Government to pay our bills ... We’re asking for a small slice of it."

Ms Patterson said there were 87 aircraft in the Queenstown Lakes district alone.

Without government funding 71% of staff employed in the sector in the district would be made redundant.

"With funds in order to keep the business operational, even if some aircraft are still on the ground, they’re still looking at 50%, but the difference is quite a bit different."

The group asked for, from June 1 until six months after the full border opens with Australia, a monthly payment of less than 0.5% of insured fleet value, monthly payments to cover air operator certificate compliance costs, and continuation of the wage subsidy for the balance of staff to be retained.

For the six months after the full border opened, it also sought a business loan facility with a 100% government guarantee, a 3% interest rate and a five-year term, with no repayments for the first two years and interest-free if paid back within a year.

The estimated total payment amount under the package was $2.7 million a month and the maximum loan facility required was $32 million.