Businesses chip in for quake appeals 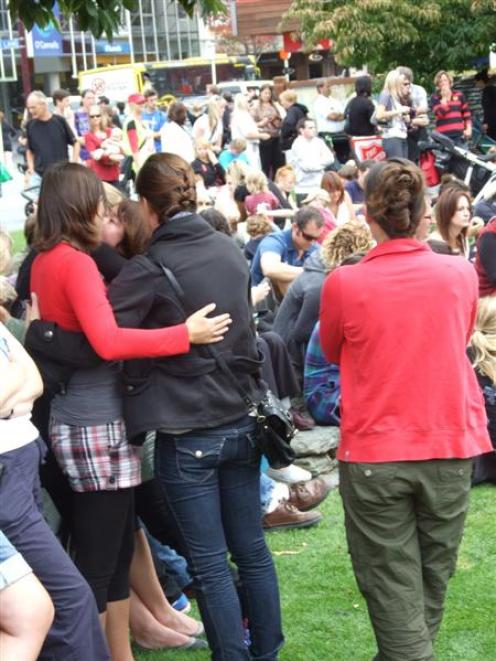 The Church St bar received about $700 in a jug on the counter, $200 of it from G Force Paragliding.

Funds will be given to the Red Cross appeal and Dux de Lux was looking at another fundraiser next week, Ms Hartnell said.

"I understand [the Christchurch Dux] may have been red-stickered. They are trying to salvage what they can and send it over here.

"The majority of staff in the Queenstown Dux are from Christchurch and we're been covering shifts."

Marketing manager Gary Livesey said yesterday $5 from the proceeds of every teapot of shots sold was given to the cause and all staff and DJs gave a day's wages to the total. 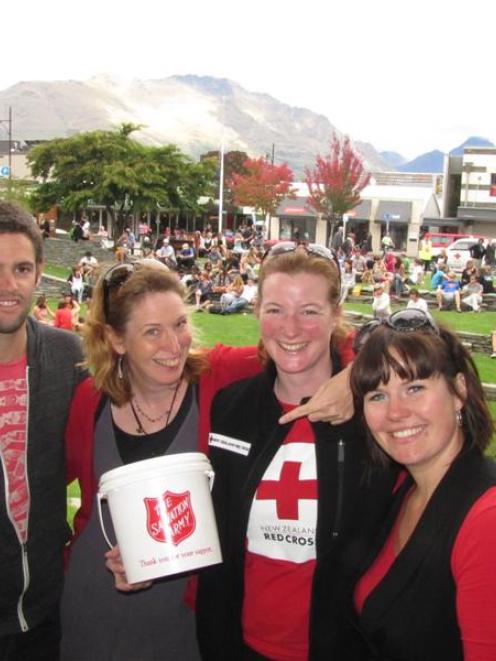 Finz, Wai and Bella Cucina restaurants were adding an optional $2 extra to every table bill, which was matched by both staff from their tips and the owners of the group, for the Red Cross appeal.

Post Office Cafe, part of the same group, had a donations box.

Sunglass Hut International received 245 donated spectacle frames and was adding prescription lenses for Christchurch citizens who had lost their glasses.

The Rees St retailer was accepting perishable and non-perishable food for transport until next Wednesday.

NZone Skydive was matching donations dollar for dollar and planned to give a "bulk amount" in the thousands to a charity to be determined, managing director Lindsay Williams said yesterday.

Staff were talking about giving a day's wages to a Christchurch appeal, he said.