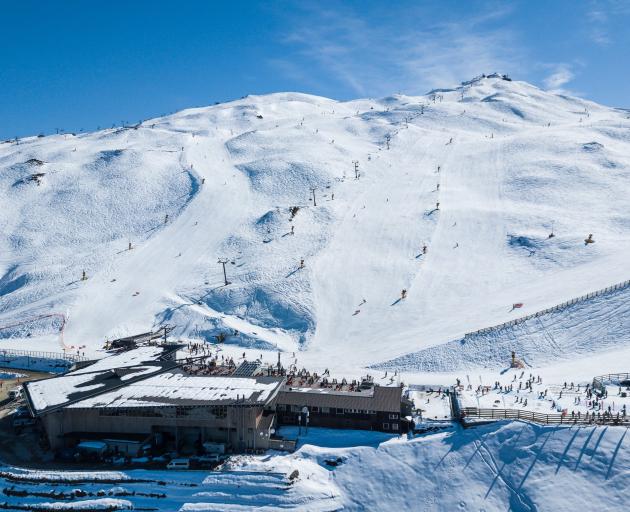 PHOTO: CORONET PEAK
A skier has died after an accident on Coronet Peak, near Queenstown, about 9am this morning despite efforts to save her.

Skifield staff, including a doctor and nurse were on the scene within minutes and attempted to resuscitate the woman who was from Queenstown.

Police have confirmed that a female skier had died. St John sent an ambulance and a helicopter.

A skier on the field said she appeared to lose control and crashed into a fence post.

The incident happened at the bottom of Sugar's Run, which is accessed by the

Coronet Express chairlift, which was shut down as a result for two hours, NZ Ski chief executive Paul Anderson said in a statement.

Coronet Peak medical responders, including a doctor, nurse and patrol were on the scene minutes afterward and began CPR which continued until St John Ambulance paramedics arrived at 9.45am.

Anderson said skifield management was in contact with the woman's family.

Police are investigating and the matter has been referred to the Coroner.