Photo: ODT files
A man who claimed he was assaulted while helping a stranded stranger near Queenstown had his jaw broken during a drug deal gone wrong.

After the attack the man, who had surgery to repair his jaw, told police he was robbed and assaulted after stopping to help a man who was signalling for assistance.

However, in the Queenstown District Court today the attacker admitted to a very different set of facts.

Cromwell caterer Manawa Rakete-Shea (21) admitted injuring the man with reckless disregard and stealing a backpack worth $450 on March 26.

Prosecuting, Sergeant Ian Collin said Rakete-Shea had communicated with the victim via text message and social media apps pretending to be a female called Mikayla.

They arranged to meet at the carpark base of the Coronet Peak Ski area, where the victim believed he would be supplying ‘‘Mikayla‘‘ with MDMA.

The court was told Rakete-Shea arrived at the carpark and approached the victim. Then, after a short discussion, punched him once in the head.

He then stole the man’s backpack, valued at $450 which contained MDMA and headphones, and left the area.

The victim’s jaw was fractured in the attack and he suffered bruising to his face.

Judge Richard Russell convicted Rakete-Shea on both charges and remanded him on bail to appear for sentencing on August 30.

At the request of Rakete-Shea’s lawyer, Louise Denton, Judge Russell asked for a cultural report to be prepared.

Section 27 of the Criminal Justice Act states an offender can ask the court to listen to a cultural report outlining factors such as the offender's cultural background, personal circumstances and their family and community.

At the time, Detective Senior Sergeant Inglis said police expected to charge the man with making a false statement but it was not yet known if he had been charged. 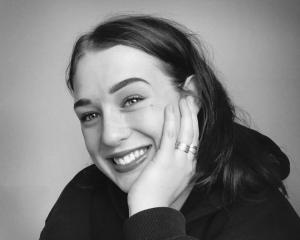