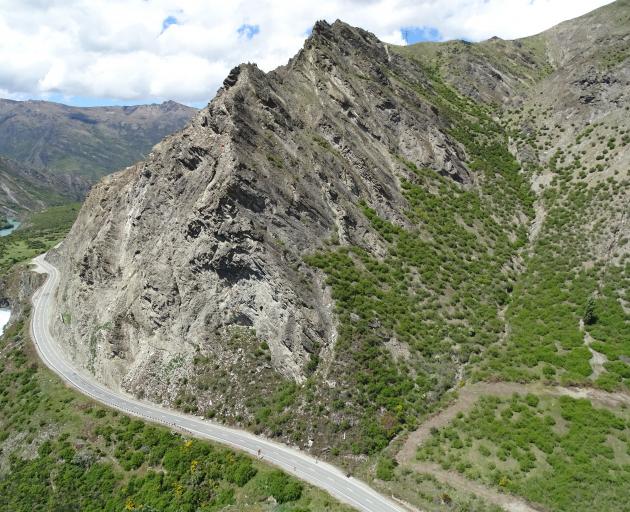 ‘‘Further movement and fresh cracking have now been observed, and we are mobilising our team to intervene to stabilise the rock and try to prevent an uncontrolled collapse,’’ Mr Choveaux said.

Crews from contractor Aspiring Highways would spend the first two weeks preparing the site before drilling into the rock and inserting nearly 100 rock bolts.

Removing it with blasting was considered too disruptive to road users.

Since monitoring began in 2001, it had shown small amounts of movement until early last year, when it started to increase, he said.

‘‘The physical properties of the schist rock make it susceptible to ongoing weathering through winter freeze-thaw conditions and drying out due to hot and windy conditions.

‘‘Rain also reacts with the minerals in the schist, weakening it further.

‘‘When added with the angle at which the feature sits on the rock face, these all undermine its structural integrity.’’

Motorists travelling between Cromwell and Queenstown should expect delays of up to 10 minutes on weekdays between 8am and 5pm.