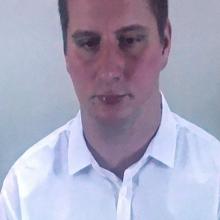 Sven Stephan Harrieder (30), of Germany.
A German national was described by friends as "remarkably kind and generous" and "selfless" — one praised him for cooking meals for others "out of his own pocket".

However, Sven Stephan Harrieder’s generosity was funded by money he earned selling drugs.

His release will be subject to a parole board hearing.

He was arrested after Queenstown police executed a search warrant at Deco Backpackers on June 25. 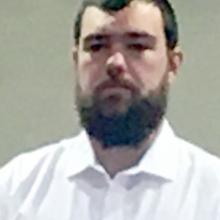 Justin Christopher Hamilton (25), of Germany. PHOTOS: STAFF PHOTOGRAPHER
Judge Farnan said during the search 45 notifications were received on the phones, but Harrieder refused to supply police with the passcodes.

The qualified chef arrived in New Zealand a year ago, but had not worked while here, "which would make the court wonder how you supported yourself during the period and whether you had any legitimate means to support yourself".

While Judge Farnan accepted he was remorseful, she questioned if that was because of what he had done, or the situation he found himself in.

She also accepted he might have sold some cannabis to fund his own habit, but concluded he was ultimately "operating a business for profit".

"It was offending fuelled by greed which may well have got out of control."

Meanwhile, Justin Christopher Hamilton (25), of Germany, avoided a prison sentence yesterday for his part in the offending.

Hamilton earlier admitted one charge of possession of cannabis for supply after being arrested following the same search.

From a starting point of two years and nine months’ imprisonment, discounts brought the sentence down to 21 months which "by a fine margin" Judge Farnan decided to convert to six months’ community detention.