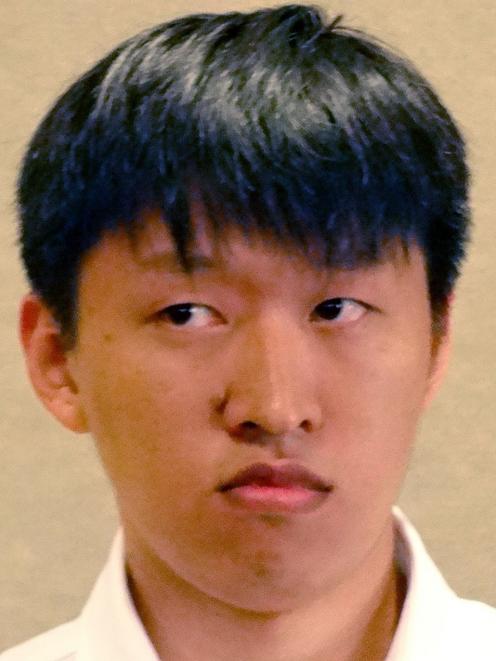 Dalbert Tin
A Singaporean  tourist responsible for the death of a Queenstown woman in a car crash last month will be "haunted for many years", a judge says.

Judge John Brandts-Giesen sentenced Dalbert Tin (29) in the Queenstown District Court yesterday in relation to the death of Noelene Tait (84) in the January 14 crash.

The tragedy should be a reminder to all motorists to drive with the "utmost attention", Judge Brandts-Giesen said.

Tin’s only explanation for crossing the centre line into the path of Mrs Tait’s car was he "might have been distracted by the scenery".

"One of the contradictions is that people come to New Zealand for the scenery, but if they’re driving properly, they should see very little of it.

"Fatigue, distraction of scenery, general euphoria and in some cases, alcohol and drugs, make for a cocktail of danger that causes disaster."

Tin was driving a rental car towards central Queenstown in Frankton Rd when it crossed the centreline, struck a motorcyclist and hit Mrs Tait’s car head on.

She died at the scene, while the motorcyclist, Cromwell man Glen Cherry, sustained serious leg injuries.

Tin’s wife, Mei Chiee Koo, who was sleeping in the passenger seat, was also hurt.

His counsel, Louise Denton, said community work was not a practical sentencing option because her client could only perform eight hours a week in Queenstown.

Although reparation was the appropriate sentence, Tin did not come from a wealthy family, could not earn income from his business until he returned home, and his wife worked on a freelance basis.

He had also performed 37 hours of voluntary community work for the Salvation Army.

Judge Brandts-Giesen said it was a "sad day" for the defendant as well as his victims, and he accepted his expressions of remorse.

"People who cause accidents like this are haunted for many years."

On all charges, Tin was convicted and disqualified for 15 months, and must not drive in New Zealand again until he has completed a driving test.

To Mrs Tait’s family he must pay $7390 towards her funeral expenses, and $2000 for emotional harm.

He must pay $15,450 reparation to Mr Cherry for the loss of his motorcycle, which was not insured, as well as $4000 for emotional harm.

Of the total reparation owed, he must pay $8000 immediately — two-thirds to Mr Cherry and the balance to Mrs Tait’s family — with the balance to be paid at the rate of $300 a month.

Members of Mrs Tait’s family did not want to comment after the sentencing, but Mr Cherry told the Otago Daily Times although he was "very disappointed" by the outcome, he had to accept Tin’s claim of limited financial means.

He had undergone surgery on his leg twice, had three more operations to come, and would soon begin counselling for "mental trauma" he was experiencing, including flashbacks of the crash.

He would not be able to return to his job as a painter for at least a year, he said.