The Edith Cavell Bridge. Photo: ODT files
Bottlenecks at peak times and safety fears have prompted government bodies to consider an upgrade or alternative to the bridge at Arthurs Point, Queenstown.

The Edith Cavell Bridge has served as an important crossing for 101 years and has become a focal point for tourists.

"We’re pretty pleased it’s got some traction and is going ahead.

"We have done quite a bit of community consultation and a lot of people are really keen to commute to work via bike or go on walks. There are lots of cool walks in our area that are accessible over the bridge.

"So, I think pedestrian and cyclist safety is a key priority from our perspective." 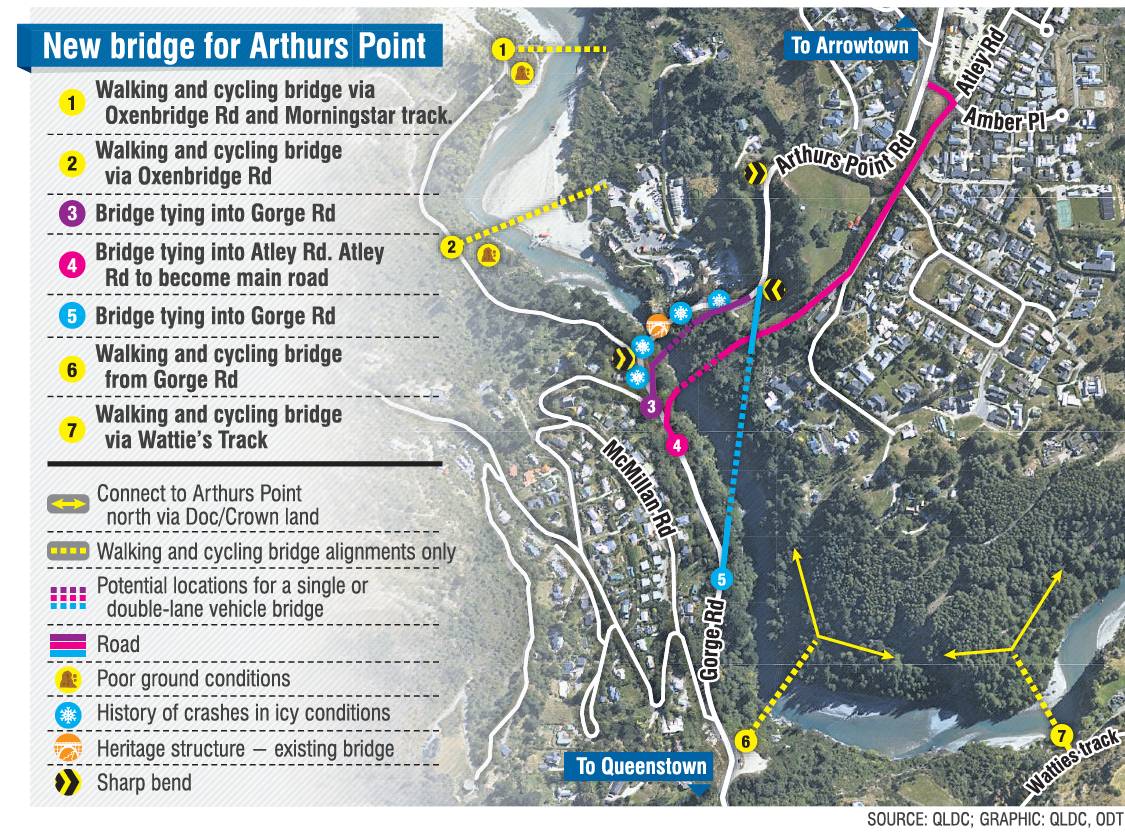 These range from an additional lane on the bridge to building a new two-lane crossing.

Four potential pedestrian-cycling bridges have been identified and three routes for vehicle crossings.

Under the proposals, the Edith Cavell could be used as a one-way bridge or be converted for pedestrian-cyclist use only.

Way to Go Group chairman Peter Hansby said drivers often experienced delays at peak times and noted the Edith Cavell Bridge was the only alternative route into Queenstown when State Highway 6A was closed.

"While it’s early in the process, it’s really important we can capture community thoughts and ideas now so they can be factored in to determining a preferred option for the future."

Details can be found at: letstalk.qldc.govt.nz