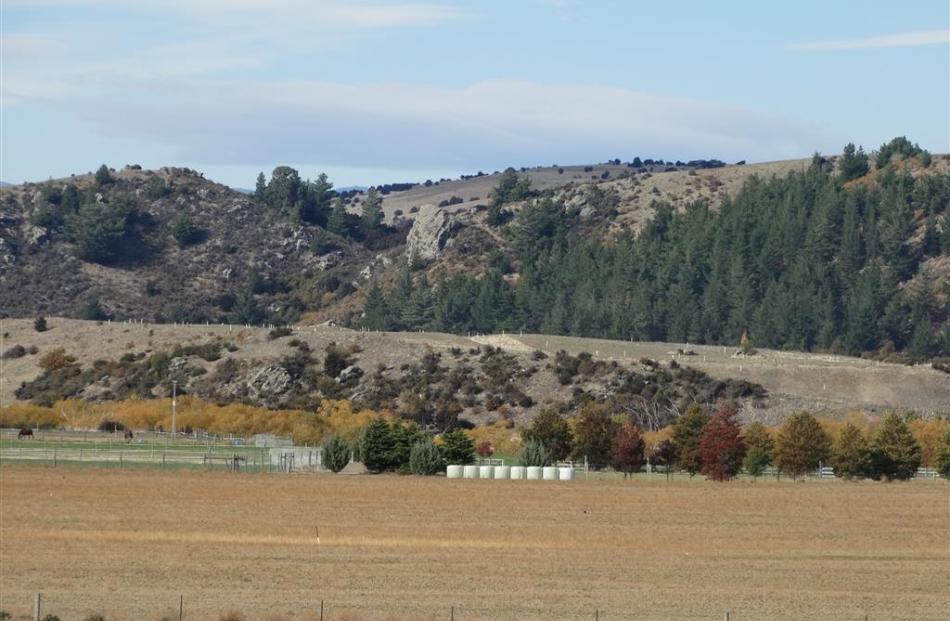 The Luggate Heights ‘‘plateau’’ where sections are being offered for sale at prices up to $495,000. Photo by Mark Price.

Part of the big Luggate Park subdivision that lost Dunedin City Council-owned infrastructure company Delta $5.9million before tax in 2012 is being advertised for sale.

Similarly-sized sections at lower altitudes nearby were selling for as little as $128,000 five or six years ago.

The sections are on an area known locally as "the plateau'' and have unimpeded views over the Clutha River.

Dentils had bought the development from Delta and Queenstown property developer Jim Boult.

Delta's entry into the residential property market in 2008 proved controversial when section prices slumped and it eventually sold to Dentils at a considerable loss.

The auditor-general investigated and found the company failed to adequately assess the risks of the venture but also found no impropriety by the company or its directors.

Mr Dippie was in China this week. However, director of sales and marketing Tony Brown said the Luggate Heights sections were "quite special''.

"When we've finished with it, it's going to be worth every bit and more of that price tag.''

The sections will be available from 11am on Saturday, May 21, and require a 5% deposit.

While weighing up Willowridge's likely plans for Luggate Park in March last year, Mr Dippie said the subdivision offered an opportunity for affordable sections and homes.

Willowridge's website says 42 smaller, lower sections at Luggate Park would be on the market soon.