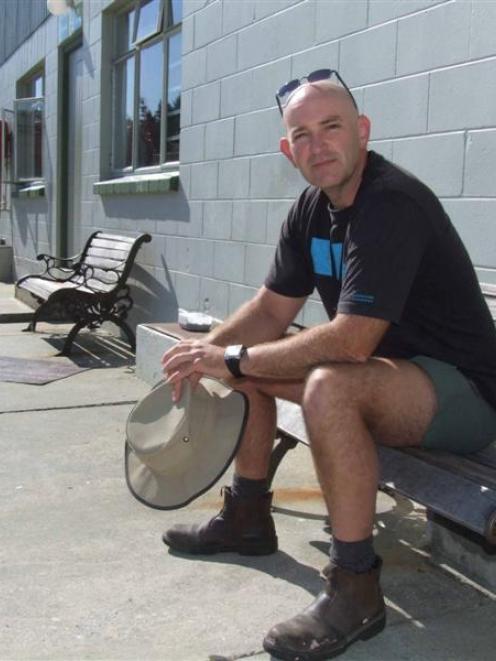 Wanaka Lakeview Holiday Park employee and resident Dave Ballantine has quit in disgust at the attitude of the Queenstown Lakes District Council, which he claims is evicting camping-ground tenants. Photo by Matthew Haggart.
A council policy prohibiting caravan dwellers from living at camping grounds is causing ill-feeling towards the new manager of the Wanaka Lakeview Holiday Park, the Queenstown Lakes District Council.

The QLDC took over management of the Lakeview Holiday Park in August and recently told a group of caravan-dwellers, some of whom have lived at the central Wanaka camping ground for up to three years, it was time to move on.

A spokesman said the QLDC was "not into providing cheap living accommodation".

Mr Ballantine, himself a long-term resident at the park who has worked as a caretaker and cleaner for the past three years, has quit his job and will finish up today because he has "had enough" of the way camp residents are being treated.

"They should have handled this better. They've labelled everyone undesirables and are evicting them. It's wrong," he told the Otago Daily Times.

Mr Ballantine said he was unhappy with the way camp dwellers were being told to leave. A group of about eight permanent and semi-permanent caravan dwellers were sent a letter from QLDC Holiday Parks manager Greg Hartshorne and recently-appointed Lakeview Holiday Park manager Kelly Campbell two weeks ago informing them they had until the end of October to find alternative accommodation.

"They couldn't even talk to people face to face. They've just been given a letter and expected to go," Mr Ballantine said.

Ms Campbell said the QLDC had a policy prohibiting people from living at camping grounds. It also applied and was enforced at the QLDC-owned camping grounds in Queenstown and Arrowtown, she said.

Mr Hartshorne told the ODT the long-term residents were not being evicted.

"We've informed them of the council's rules and regulations. They've got ample time to find alternative accommodation," he said.

The QLDC operated their parks to provide "affordable accommodation" for people wanting to visit the district for holidays.

"We're not into providing cheap living accommodation. It's not good for tourists to see people living permanently out of caravans," he said.

He disputed Mr Ballantine's claims and said it was a case of "sour grapes" from an outgoing employee.

The QLDC's camping ground policy towards long-term residents was backed by the chief executive of the Holiday Parks Association New Zealand, Fergus Brown.

While there were certain exceptions, camping-ground operators were there to provide "temporary living spaces" and "by law" people should not be staying at a holiday park "for a period exceeding 50 days".

"People used to live in camping grounds and different councils often turned a blind eye. From a purely social view, some people can't afford to live in houses and they want alternative accommodation," he said.

One permanent caravan dweller, Richard Costello, told the Wanaka Sun the letter telling him to move on had "come out of the blue. We had no warning."

Mr Costello has lived in a caravan at the holiday park for three years, has "always" paid his weekly $95 on time and, now, he claims he has nowhere to go.

Mr Hartshorne said holiday parks were not there as cheap accommodation for beneficiaries and "that's life".